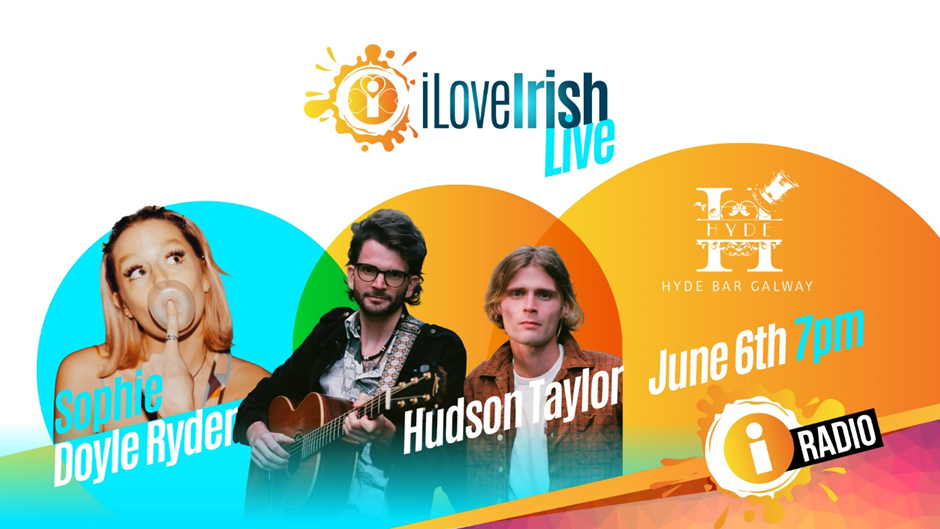 iRadio is bringing its first ever iLoveIrish gig to the stage this Bank Holiday Weekend.

Hudson Taylor will be performing an exclusive intimate gig on Monday June 6th in Hyde Bar in Galway.

The event will also be the official launch party for their brand-new album “Searching For The Answers”, which drops this Friday June 3rd.

Those at the gig will also be treated to a performance by Sophie Doyle Ryder, including her latest single “Sucker” which is another iLoveIrish track for the month of June.

The station says this gig is an exciting step in the journey of iRadio’s iLoveIrish, an initiative that champions and celebrates Irish music. Since being launched in 2021, it has led to some newer acts getting gigs and even record deals on the back of their songs being featured.

iRadio CEO Mark Cunning says it is about promoting the brilliant talent that is out there across the country: “In launching iRadio’s #iLoveIrish initiative in 2021, we wanted artists, acts, the industry and our listeners to see how important we believe the promotion of new Irish music is. While some stations have chosen to reduce the exposure they give to new Irish artists on air, at iRadio we’re putting them front and centre.”

He also explains how iLoveIrish has grown since it first started: “We have a selection of #iLoveIrish tracks featured as part of our main daytime playlist each month, a new weekly #iLoveIrish show on iRadio and a dedicated #iLoveIrish stream available through our app, iRadio.ie and the Irish Radioplayer. We’re determined to continue to grow this initiative as a strong sub brand of iRadio and I’m delighted we’re now integrating a live element to #iLoveIrish which we’ll also add to in the next while.”

iRadio’s Music Coordinator Michaela Hayes says the station is really proud to be backing Irish music: “It is an absolute privilege to get to introduce our audience to new Irish artists & help to kickstart awareness for their new singles. We’re very excited to see iLoveIrish expand.”

Hudson Taylor’s gig at Hyde Bar in Galway will be MCed by iRadio’s own Kayte O’Malley, who presents the new iLoveIrish show every Sunday on iRadio from 6-8pm, playing nothing but brand-new Irish music every week.

Other iLoveIrish tracks for June include Lea Heart – Mood, Lee James – To The Ones, Lyra x John Gibbons – Edge Of Seventeen, Slaney – Romeo and The Coronas – Strive.