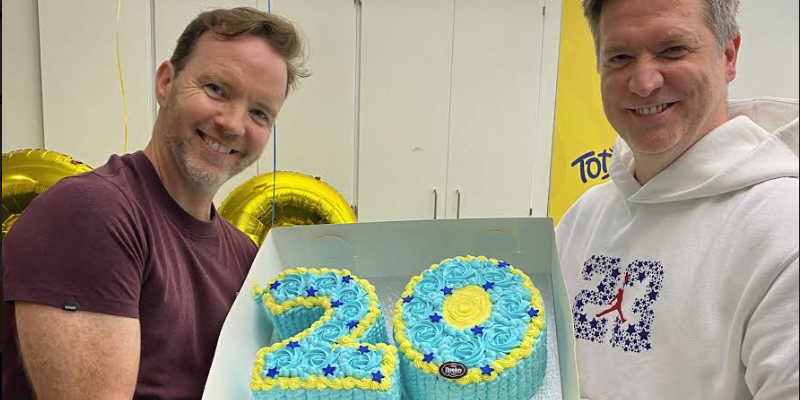 Dermot & Dave had a show full of surprises in honour of their 20th anniversary on the radio at Today FM on Wednesday.

A number of celebrities rang in to wish the pair well, Dermot Bannon kicked off the kind words by saying that he was originally slightly intimidated by the pair for interviews but would go on to be his favourite interview duo and that he always looks forward to coming onto the show.

@DermotTodayFM and @DaveTodayFM from 'Dermot & Dave' join @cooper_m on @lstwrd to discuss how they met, some funny stories and where they're going. Will they last another 20 years? For the full chat click the play button below. https://t.co/6494aMDGue

It was also a show full of musical surprises, as Dermot & Dave were treated to live music from Dublin band, Wild Youth, who did a live rendition of their new single ‘Live Without You’ and ‘Can’t Move On’ from the Today FM studios.

Finally, the guys also got a very special gift from U2 frontman Bono as he sent in a personalised card to them which said: “A pint of Guinness and a packet of crisps for International Dermot & Dave Day, salt and vinegar of course! Congratulation on 20 years. Bono”. 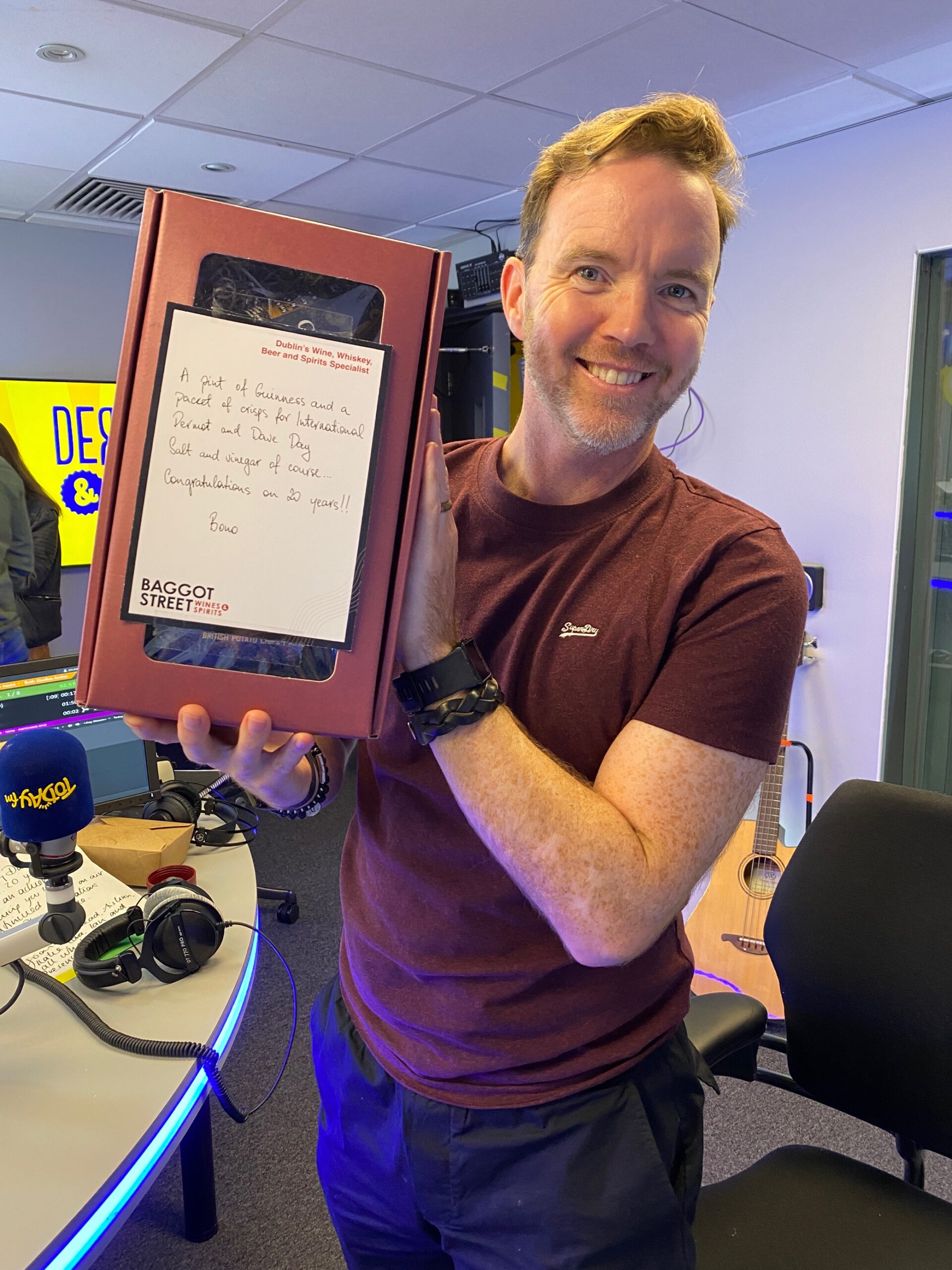 Starting off in 98FM in 2002, the comedy pair have entertained the country on numerous slots over the years in both 98FM and Today FM.

Dermot & Dave joined their current 9am-12pm slot on Today FM back in January 2017 with comedy, music, giveaways, celebrity interviews, stories from around the country.

Commenting on this landmark day, Dermot Whelan & Dave Moore said: “Time sure does fly when you’re having fun! We are beyond proud to be celebrating such a landmark achievement for us of 20 whole years on Irish radio. It’s hard to put into words just how much we’ve enjoyed every minute of it, but I think we can both say that it’s been a dream to work alongside a best friend for so many years!”

James Brownlow, Managing Editor, Music & Entertainment, Bauer Media Audio Ireland said: “It’s brilliant to see not only the Today FM team celebrate this landmark day for Dermot & Dave, but seeing the country join in the celebrations just shows us all why the guys have been together for 20 years. The team behind Ireland’s biggest radio show are blown away by the response from our listeners, and everyone here is proud to have such a trailblazing show on Today FM – long may it continue!”