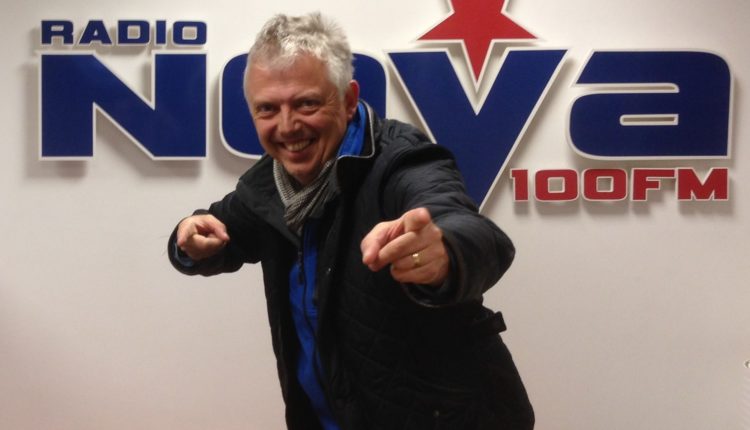 Electric Eddie is back on the air! Doug Murray, also known as Electric Eddie, has joined the growing Radio Nova team.

Well known for his work as a roving reporter and daredevil stuntman, Eddie is best known for working with RTÉ 2FM, where he was a DJ and occasional presenter of “The Beatbox”, a regular at the “Beat in the Street” around the country, and – most famously – the traffic reporter from the station’s “Eye in the Sky” helicopter.

More recently, he worked with Dublin’s Q102 over a five-year period.

Electric Eddie joins Nova as part of the ‘Morning Glory’ breakfast team, where he’ll become a regular feature on the streets of Dublin, Kildare, Meath & Wicklow with the mission of carrying out various challenges set by presenters Dee Woods and Marty Miller as well as Radio Nova listeners.

The station promises plenty of crazy capers with Eddie, starting on Morning Glory from this Thursday morning.

Here’s some footage from Eddie’s earlier days (For the “Eye in the Sky” helicopter and an interview, skip to 01:54)