VIEWPOINT: The dangers with Social Media 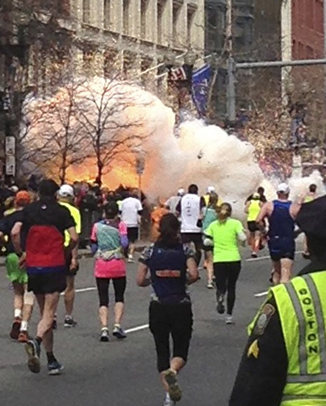 “We all know the modern radio newsroom is a very lean machine. Long gone are the days of a ‘cast of thousands’ inhabiting the newsroom. With budget cuts, networking and restructuring, journalists are having to do more with a lot less, yet are still expected to deliver ‘engaging’ content.

As newsrooms downsize, there’s a growing reliance on Social Media to provide the story ideas and content. Google, Facebook, Twitter are invaluable to the often studio-bound journo. With a few key-strokes, we’re able to access information and ‘talent’. During the London riots and the Newtown School massacre, we were able to tap into amateur-reporters, who provided us with eye witness accounts of events as they happened.

Yet there are inherent dangers with an unregulated social media. They don’t worry themselves about media ethics or legal aspects that the trained journalist has to abide by. Newsrooms should be wary of crowdsourcing and the “Citizen Journalist”. The question we need to ask is “what if they get it wrong”?.

The recent Boston Marathon Bombings show how wrong they do get it and how the mainstream media went along for the ride. It should act as a wake-up call for journalists, especially those working in radio.

The bombs were the first major attack on American soil since 9-11. The first on American soil in the digital age. The Smart Phone and Social Media created a ‘virtual manhunt’ by citizen journalists.

Within seconds of the first blast, social media was flooded with updates, photos and videos. Then, amateur sleuths began trawling the ‘net to identify the men in the FBI’s grainy pictures. The internet detectives were on a witch-hunt.

Unfortunately, they showed none of the caution of the professionals. Rumours and innuendo were Tweeted as ‘fact’. The internet forum REDDIT began the “Find The Boston Bombers” thread on its site, empowering users to speculate on who might be responsible.

A rumour began circulating that missing Indian-American student SUNIL TRIPATHI was one of the bombers. Even one of his friends Tweeted that his picture matched one of the FBI suspects. Within minutes, his name was all over the internet. The Social Media vigilantes ‘had their man’.

Then a second name was thrown into the mix, based on a misheard police message on the police scanner: Mike Mulugeta. Twitter exploded. Anonymous named him and within minutes, its message was re-tweeted three thousand times. Even some major media outlets got caught up.

The speculation was eventually reined in when two Chechynyan brothers were named as the prime suspects. A short time later, a man was shown handcuffed and lying face down on a Boston street. Media outlets reported the arrest of a suspect. He wasn’t. He was just in the wrong place at the wrong time.

Eventually, police did get their men: the brothers Tsarnaev. One dead and one in custody. And now that Social Media has caught its breath, Reddit has issued an apology for wrongly naming Sunil and Mike. Mulugeta’s still contemplating the damage done to his reputation. As for Sunil, the body of the Brown University student was eventually found.

It would be easy to dismiss the Social Media maelstrom as something ‘only in America’. Yet, you can guarantee that radio newsrooms across Australia went to air with ‘facts’ that later turned out to be anything but factual.

In the rush to get the ‘latest’ development to air, we can sometimes forget the basics. Check, check and question the information. The bombings should serve as a warning that while a powerful tool, Social Media can also be problematic. Once the genie is released, it’s hard to get it back in the bottle.

This article by Nikole Gunn was first published on Radio Today Australia.