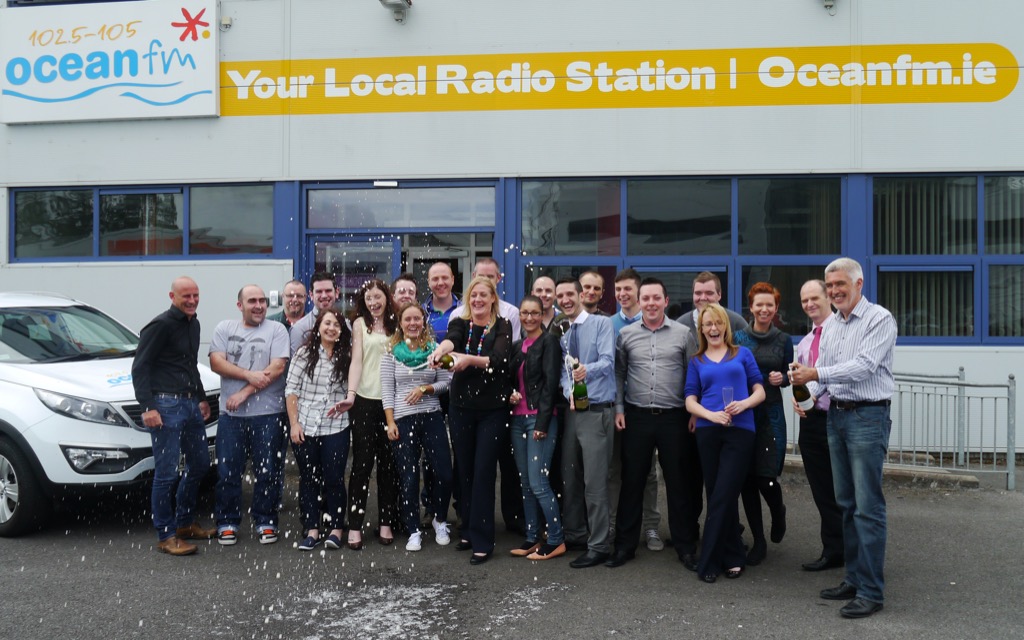 The BAI Contract for the Sligo, North Leitrim and South Donegal Franchise Area has been re-awarded to Ocean FM.

“We are delighted and relieved that the process is now over, and the success of the station in delivering a high quality local service for the region has been recognised, and confirmed with this long-awaited decision”, said the CEO of Ocean FM, Tim Collins.

“We would like to thank our listeners, advertising customers and all our supporters for helping to make the station such a success over the past ten years. We have endeavoured to become the public service broadcaster for the North West in the standards we set ourselves, in the provision of local news, sport, debate, and Irish music to our listeners.”

Station Manager and Programme Director, Niall Delaney, said that Ocean had consistently been in the top five most-listened to local stations over the past ten years, and is the most decorated in terms of programming awards, both nationally and internationally.

The company says it now has exciting plans to expand and develop a new range of services for customers in the coming year.

The Authority will now proceed to contract negotiations and further details regarding the award of the contract will be issued in the coming months.

Oral presentations were held in Sligo on 28th April 2014.