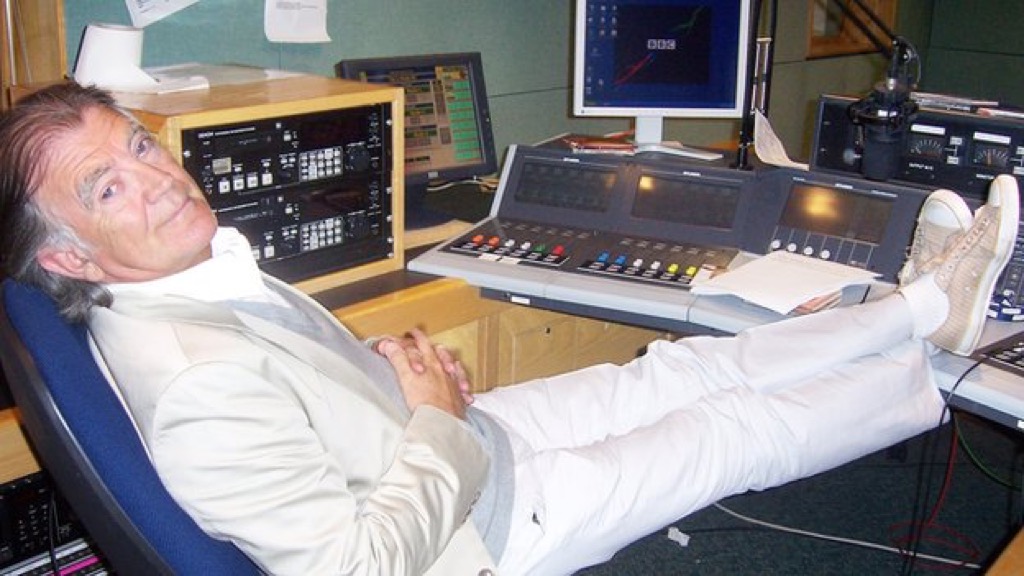 Former BBC Radio Ulster presenter Gerry Anderson has died at the age of 69 after a long illness.

Gerry was broadcasting for 30 years, most famously on Northern Ireland stations BBC Radio Ulster and BBC Radio Foyle. The Director of BBC Northern Ireland Peter Johnson has paid tribute to him saying he was a “true legend of the industry.”

He’ll be remembered for his banter with co-host Séan Coyle and having use of the word “gobshite” approved.

He had a spell on BBC Radio 4 in London too, but soon returned home, and was inducted into the UK Radio Hall of Fame by the Radio Academy. He left his daily radio show two years ago but last November made a return after a year off.

Tributes are being made on social media, including by fellow broadcaster Colin Murray who tweeted: “Gerry Anderson. My broadcasting hero. Nobody done it better. Passion, humour, intelligence. A unique connection with his audience. So lucky to have met him + worked with him. A complete one-off. An inspiration 2 me on a weekly basis. Be yourself. Always. Gerry was. #love”

TV politics presenter for BBC NI Mark Carruthers said: “So sad to hear that Gerry Anderson has died. A dazzling talent as a broadcaster & a gentleman too. What a gaping hole he leaves behind…”

Peter Johnson told the BBC: “This is a day of great sadness for everyone at Radio Foyle, Radio Ulster and BBC Northern Ireland, and of course our thoughts are with Gerry’s wife and family. Gerry was a man of great wit and mischief, but he also brought great wisdom and insight to what he did.

“Of course, he’ll be sadly missed by all of us, but also by all his loyal listeners, for whom he often brought light on dark days over the decades.

“I had the great pleasure of being in London on the occasion when Gerry was awarded the Hall of Fame for the UK Radio Academy, which just demonstrated what a true legend of the industry he was, a really significant figure.

“I think in Gerry’s case – it’s often said lightly but in his case truly, I don’t think we’ll ever see his like again.”