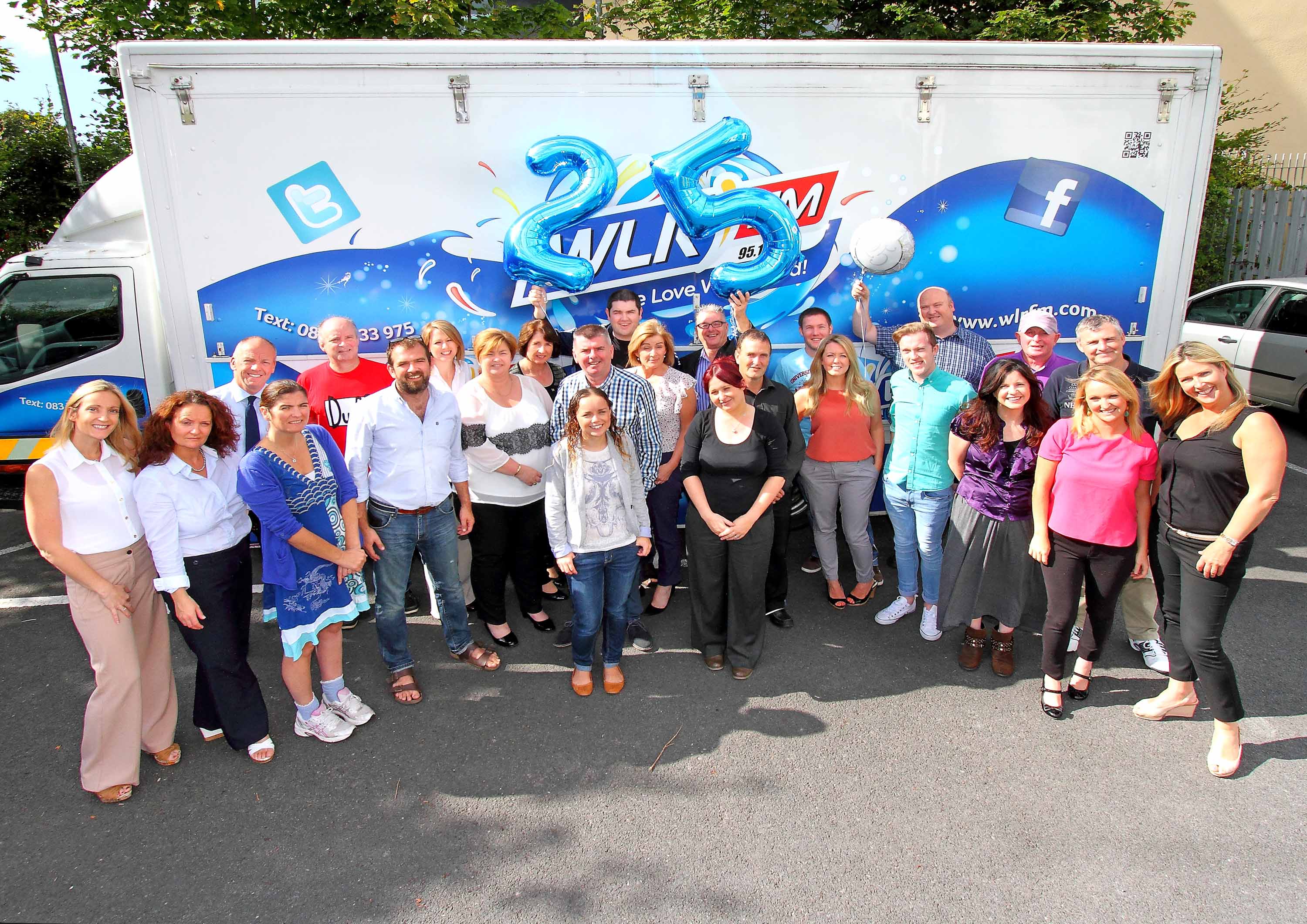 WLR FM launched at 12pm on September 8th 1989, and became one of the first independent radio stations to go live in Ireland.

“The business attracts people with personality,” says Managing Director Des Whelan. “You wouldn’t call our on-air presenters shy and retiring and that is what people like. WLRFM has seen lots of characters over and plenty of stories over the years from Eddie Wymberry, Tony Weldon to Ray O Brien and Bob Heuston.

“Who remembers Rick Whelan waking Waterford up on ‘The Breakfast serial’ 25 years ago, Timmy Ryan’s ‘Rhythm & Ryan’ from in the afternoons or South About with Geoff Harris?”

Much has changed from the early years of the station where WLRFM broadcast from studios on Georges Street above the Georges Court Shopping Centre in Waterford City. “Everything was manual,” says Des. “I remember working late on Friday nights, waiting for spools of ads to come in on the half six train from Dublin before going back to the studios to log them. Technology has changed everything, but at the core of WLRFM, much as it was 25 years ago, is our love of Waterford and our love of radio.”

In 1997, WLRFM opened a studio at Harbour Bay, Dungaravn and in 2007, moved to another purpose built studio at the Plaza, Dungarvan. Today more than 60 people are employed between the two.

In 2003, WLR FM launched BEAT 102-103 and in that same year the station built the first purpose-built €5 million Broadcast Centre at Ardkeen. It was the only station outside of RTE to have a purpose built radio station.

“Des continued: “We are very proud and there have been many highlights. We were named as PPI Local Station of the Year by our peers in both 2009 and 2012 and 71% of adults in Waterford still listen to us every week! It’s been a privilege to be in the position that I’m in, doing something that I love and working with such a lovely bunch of people.”

In 2007, Des Whelan himself was presented with a lifetime achievement award at the PPI RadioAwards, recognising his achievements in the independent radio sector.

“Over the past 25 years, radio listenership has remained as strong as it was before Internet and Social Media. And WLRFM’s commitment to providing a service to Waterford has strengthened. The WLR FM Lions Club Christmas Appeal, now in its 35th year is a hugely important event on Christmas Calender, supporting those that need it most in an ever changing economic climate. The WLRFM Viking Marathon has put Waterford on the map globally and continues to gain pace entering its third year.