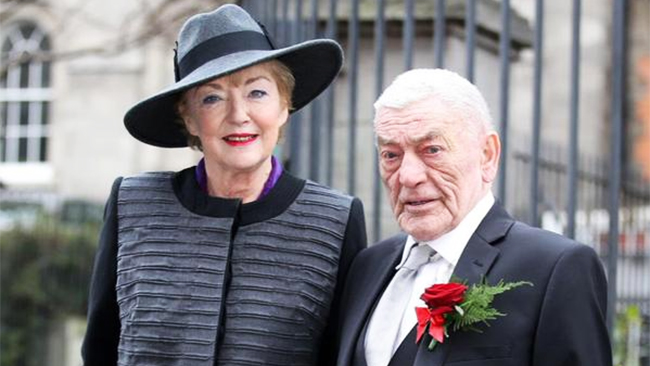 The small ceremony, which was attended by the couple’s close family and friends, took place at a Dublin registry office.

The 64-year-old broadcaster wore a purple dress under a charcoal-grey coat topped off with a black and grey fedora while her new husband wore a black three piece suit.

Finucane joined RTÉ in the mid 1970s, first as a continuity announcer and subsequently as a presenter.

She has won multiple awards and has consistently presented programmes which have featured in the top 10 most popular shows on Irish radio over the last three decades.

She and Clarke, who have been together for 30 years, had two children together – their son Jack who is 27 and their daughter Sinead who sadly died of leukaemia in 1990 when she was just eight years old.