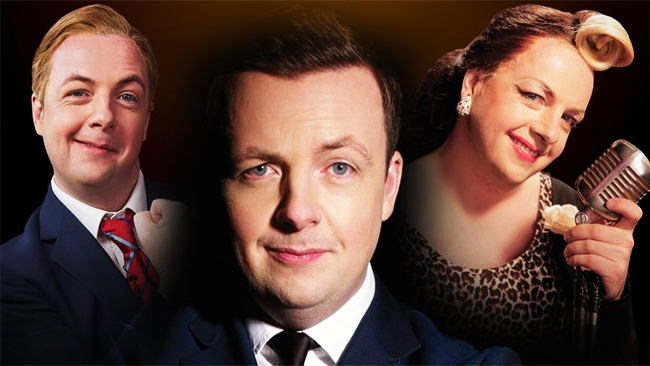 Popular comedy show “Callans Kicks” – which has spawned a TV series of the same name – is returning to RTÉ Radio 1 on February 20th, and the station are looking for a sponsor for the new series.

The topical satire series is fronted by award-winning impressionist and Monaghan man Oliver Callan and will run for 30 weeks on Fridays after Mary Wilson’s Drive Time programme, from 6:30 to 7pm.

Sponsors of the show are expected to pay €49,500 for which they’ll get three sponsorship stings every Friday, credited promos during Friday’s editions of Liveline & Drive Time and a credited sting in every show podcast – all of which will be produced for free by RTÉ.

Callan (34) – who was once a newsreader on Today FM – originally brought his satirical comedy to radio audiences as part of the “Gift Grub” feature on that station, alongside Mario Rosenstock, but moved to RTÉ where he started 2FM’s “Nob Nation”, on the Gerry Ryan Show.