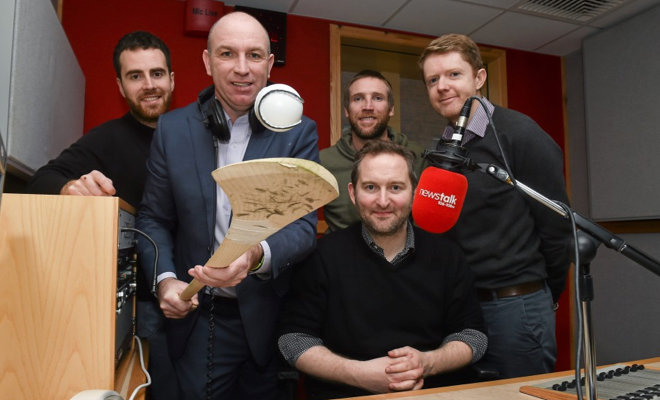 Kilkenny Hurler DJ Carey is joining the ‘Off the Ball’ team on Communicorp’s Newstalk.

DJ has signed an exclusive deal as a GAA analyst, and will contribute to the station throughout the GAA season, as well as participate in many of the station’s outside broadcasts.

Commenting on his new role at Newstalk, DJ Carey said: “I’m delighted to be joining the Off the Ball team. The station’s coverage of all sports is second to none, and I’m hoping that my experience both on and off the field will provide a new dimension to the GAA coverage. It will be a great challenge, but one which I’m relishing, and I’m sure we will also have some fun along the way.”

Gerard Whelan, Newstalk Chief Executive also commented on the announcement, “We are very excited to welcome DJ to the Newstalk team. He brings with him decades of experience and I believe he will offer listeners insightful commentary and keen analysis they won’t be able to find at any other station.”

Adrian Barry, Sports Editor at Newstalk said, “We’re thrilled that DJ will be joining the Off the Ball team, his Hurling knowledge is unmatched! I’ve no doubt he’ll bring his unrivalled insight of the game to the studio.”

DJ Carey’s first broadcast with Newstalk’s Off the Ball will take place later this month.