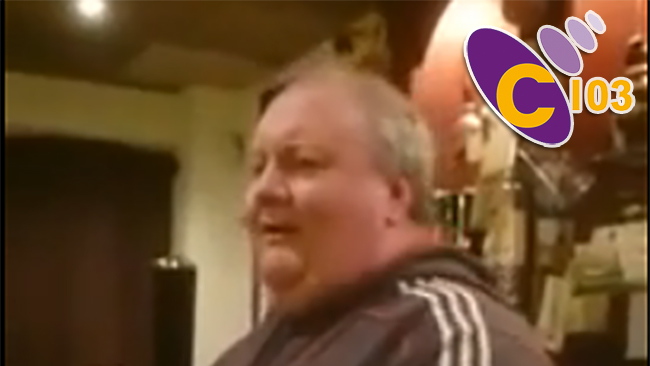 An amateur singer and barman from Cork has been snapped up by a recording studio after they heard him on local station C103.

John spoke to C103’s Cork Today programme about his instant fame and was immediately contacted by Music Row Studios, who suggested John record the song for a charity release.

Leo Fitzgerald from Music Row told C103 presenter Patricia Messinger that “even professionals who perform on stage and in bands find the studio difficult at times but John came in like a guy doing it for many years;- we were amazed!”

John’s single – which is on sale in the Crossroads Bar (where he works) and other local premises – got its first airplay yesterday, Wednesday March 4th on C103’s Cork Today – the show where it all started – and will also be played by fellow C103 presenters Sean Donlon and John Greene.

The single costs €5 and a percentage of the proceeds will go to the Cork branch of the Irish Guide Dogs for the Blind charity.