Complaint against FM104 Phone Show upheld in part by BAI 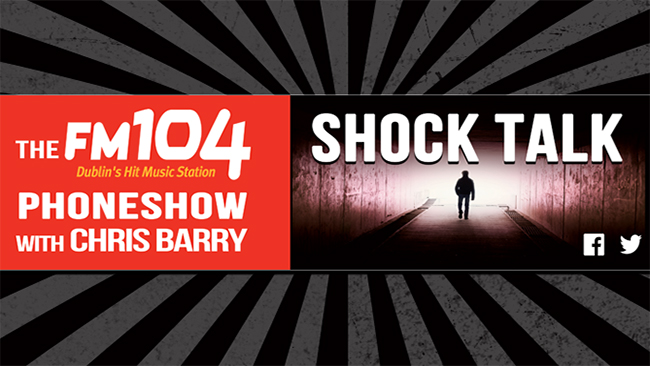 A complaint made to the Broadcasting Authority of Ireland regarding a discussion concerning the Irish language on the FM104 Phone Show has been upheld in part by the Authority’s Compliance Committee.

The complaint – which was also received, and responded to, in the Irish language – was made by Ms. Muireann Ní Mhóráin in reference to a discussion broadcast on the programme on June 5th 2014 with regard to the compulsory nature of the Irish language subject in the Leaving Cert exams. She complained that, as a native Irish speaker, the programme – presented by Chris Barry – caused her great offence by stating that ‘Irish is rammed down your neck in school’ and for characterising Gaeilgóirí (native Irish speakers) such as her as ‘nutters’, ‘fanatical’, ‘mad’ or ‘insane’.

She also claimed that those who insist on working through the Irish language were portrayed by the programme as ‘an awkward son-of-a-bitch’ or ‘just being bloody awkward’ for doing so, and that a contributor suggested that those who send their children to all-Irish schools ‘think they’re higher than other people’. She concluded that the programme – which she insisted was neither objective nor impartial – included offensive language and a reference which she believed to be defamatory.

For their part, the FM104 Phone Show responded comprehensively to every part of the complaint. With regard to Irish being ‘rammed down your neck’, they asserted that – while it was not just stated in reference to Irish, but to a number of other subjects too – it was said “simply to imply the truism that Irish schoolchildren are given no choice when it comes to learning certain subjects – including (but not limited to) the Irish language”.

With regard to the slurs (‘nutters’, ‘fanatics’ etc.) alleged to have been directed at all Irish speakers and the course language broadcast, the programme responded that it was made very clear during the broadcast that these were made in reference only to some and not all native Irish speakers – those who they termed the ‘fanatical minority’ – and that the normal expectation of a late night discussion show such as theirs is one of robust discussion which could very well include language that some might find offensive, with the programme carrying regular spoken warnings to that effect.

The BAI’s Compliance Committee completely rejected these parts of the complaint, stating that “Irish language speakers [do] not constitute a ‘group in society’ for which the Code [of Programme Standards] sets particular requirements” and that “the robust nature of the discussion, including the language used throughout, was in line with audience expectations”.

However they upheld the part of the complaint which referred to Chris Barry consistently interrupting contributors who hadn’t agreed that Irish shouldn’t be compulsory, and referring to one of them as “an awkward son-of-a-bitch”, essentially meaning that the programme has been reprimanded for being “unfair” and rude to some callers, but not for the actual main content of what the complainant took issue with.

The committee didn’t address the suggestion of a defamatory reference as the complaint was made under Section 48 of the Broadcasting Act 2009, which doesn’t cover defamation.

Other complaints regarding radio programmes which were received by the BAI included ones with regard to:

All of these were rejected by the committee.

The full details of the most recent complaints decisions can be read here on the BAI web site.