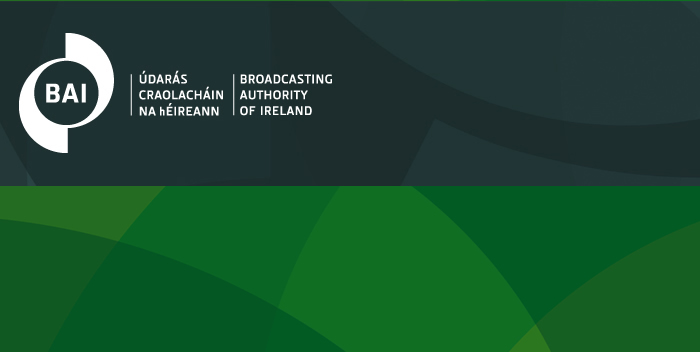 Funding for Sound & Vision Round 23 announced

The BAI has announced details of the latest package of recommendations under the Sound & Vision Scheme to have been ratified by the Authority at its most recent meeting.

In all, 310 applications were made to the Broadcasting Authority of Ireland, seeking €29.5m and covering 25 different genre/format categories by the closing date of March 5th, representing the highest for any round to date. Following an assessment process, funding amounting to €5.109m has been allocated to 123 projects, which is broken down into €4.386m for 24 TV projects and €723,000 for 99 radio projects.

This is the first round of funding allocations awarded under the revised Sound & Vision 3 Scheme, which came into operation earlier this year and was an ‘open round’ where applications were not limited to any specific genre or format.

Michael O’Keeffe, Chief Executive of the BAI said: “Once again the amount of funding sought in this round has far exceeded the funding available.  While there was an indicative allocation of €4.75m under this round, the BAI was pleased to be able to find an additional €395,000 through careful management of the Broadcast Fund.”

He added: “The contribution the Fund is making to television and radio schedules in Ireland is evident on a weekly basis across all the broadcasting sectors.  Without licence fee funding, through Sound & Vision, landmark projects such as ‘Charlie’ or ‘Red Rock’ would not have been possible.  Equally, Sound & Vision funding has been instrumental in developing high quality radio drama on community and commercial radio stations across the country. The BAI is particularly pleased to have been able to support a number of projects associated with the 1916 rising and we look forward to seeing these on our screens next year as the country marks the 100th anniversary of this major historical event.”

The BAI are now beginning contract negotiations with all successful applications, a full list of which can be found on their web site here.

Meanwhile, Newstalk 106-108 were by far the most represented radio station in this round, with 15 due to be broadcast on the Communicorp owned national station. Elsewhere, among the commercial stations represented, 4 successful applications are to have their programmes transmitted on each of local Waterford station WLR FM and Kilkenny/Carlow station KCLR 96FM, 3 will be broadcast on Drogheda-based LMFM, Clare FM and Midlands 103 will each transmit 2 programmes under this round, and one documentary by Spin South West was also successful.