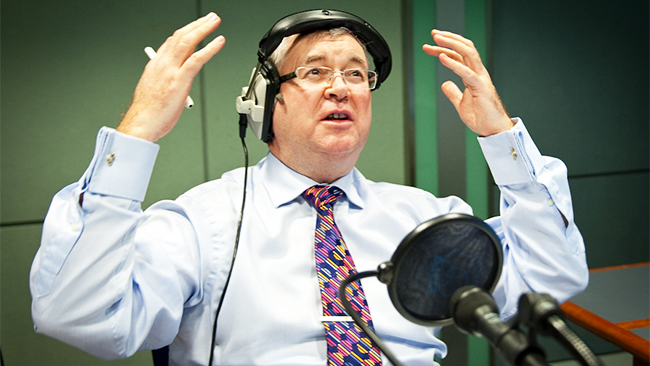 Presenter Joe Duffy assured listeners that “around fifty” technicians were scrambling to sort out the telephone line problems, as the show went on and made an effort to fill air-time for 40 minutes with no callers.

Helping to do so were RTÉ journalist Philip Boucher-Hayes was drafted in to “talk to Joe” in studio about Irish Water, and Fergal Keane from Radio 1’s Drivetime programme, who came in to talk about the current controversy surrounding NAMA, IBRC and Denis O’Brien.

In an unprecedented move, the programme – presented by Joe Duffy – had to resort to music to fill time, playing “Runaway” by The Corrs. Commenting on the issues, Joe Duffy said on air: “this only happened once before – it was about 8 years ago, and the late great Gerry Ryan came in to talk then”.

Earlier this morning, morning show host John Murray told listeners the text machine was not working and asked people not to send in text messages to the show. However this seemed to be resolved by the time Liveline went to air as Duffy was receiving texts.

The first caller on the show was at 2:25pm, when Joe was finally able to talk to Dave from Cork, who came on to discuss water issues.

Despite the issue seemingly having been resolved, Joe then played another piece of music (“Bright Side of the Road” by Van Morrison), after which he announced that they needed to clear the studio for technicians to get in and continue working on the problem, calling an early end to Liveline at 2:33pm.

With the Ray D’arcy show due to go to air at 3pm and, presumably, needing phone lines for certain segments, the station then filled the remainder of the hour with a selection of music.