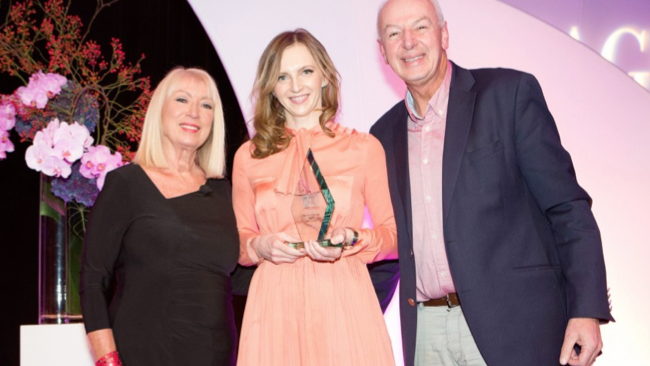 The winners of the IMAGE Businesswoman of the Year Awards have been announced, supported by Communicorp’s Newstalk.

The event took place on November 21st at the DoubleTree by Hilton Hotel Dublin in association with Samsung, Eir, No7, and The Loop, and supported by Newstalk, Independent.ie, Enterprise Ireland and Marks & Spencer.

Lucy Gaffney, chairperson of Communicorp and Newstalk’s Bobby Kerr were among the judges on this year’s IMAGE Businesswoman of the Year Awards judging panel. Bobby commented: “What we were looking for were people who stand out, that are committed to their business and people who do things a little bit differently so you’ll see from the winners not everyone is who you would expect. I’m honoured to be a judge of what is a great event”.

There were nine category winners at the awards with a lifetime achievement award presented to Freda Hayes, CEO of The Blarney Group and the Overall 2016 IMAGE Businesswoman of the Year awarded to Pamela Quinn, managing director, Kuehne + Nagel.

Newstalk presented a special advertising fund on the night to Oonagh O’Hagan Entrepreneur of the Year to further support her business in the coming year.

The nine category winners are: