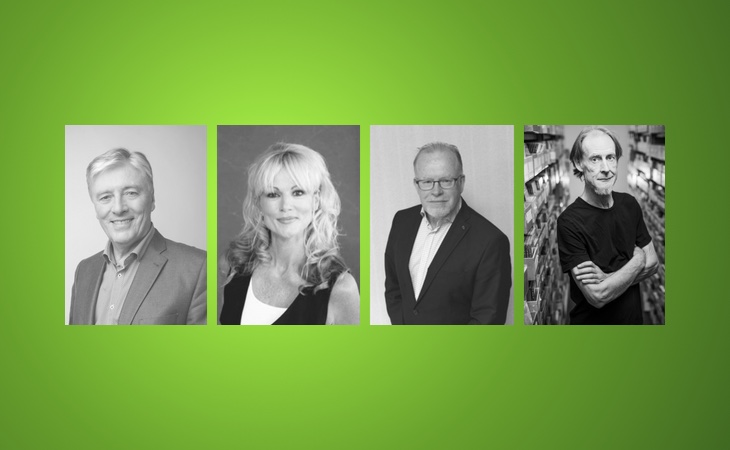 Ian joins his wife Áine Lawlor with the honour, making them the first couple to be in the Hall of Fame.

The initiative recognises individuals working in the radio industry who have made a significant and valuable contribution to radio, not in one single year but over the course of their careers. The award is open to nominations for on-air personnel and also to those working behind the scenes who are impacting and making positive change for the industry as a whole in Ireland.

Speaking about this year’s inductee’s, Tom McGuire, organising committee Chair said “With the IMRO Radio Awards Hall of Fame we want to celebrate the excellence that exists in Irish radio. As an industry we can be very proud of the impact and contribution all four of this year’s inductees have made, not just in radio but in the wider media world as well. They have made significant contributions to all levels of our industry from the local to national both in front of and behind the mics. We welcome Pat, Margaret, Willie and Ian into the Hall of Fame and salute their combined incredible achievements, congratulations.”

Eleanor McEvoy, IMRO Chairperson added: “It is said that radio is “the theatre of the mind” and IMRO are once again delighted to be involved with the IMRO Radio Awards Hall of Fame. It gives us great pleasure to be inducting four of our most respected and revered radio professionals – Pat Kenny, Margaret Nelson, Willie O’Reilly and Ian Wilson into the Hall of Fame this year”.

Pat Kenny is a veteran Irish broadcaster who currently hosts the daily radio show The Pat Kenny Show on Newstalk and is a regular host on TV3. Kenny originally qualified as a chemical engineer (UCD and Georgia Institute of Technology) and had a past career as a lecturer to students of engineering and architecture in Bolton Street College of Technology.

Starting in the 1980’s, Pat Kenny began a 41 year long career in RTE hosting shows such as the Eurovision, Today Tonight, Kenny Live, and most famously, taking over the Late Late Show after Gay Byrne for 11 years. He began his career reading the news- initially as a stand-in. He moved to Newstalk in 2013 where he broadcasts a 3 hour current affairs programme each day

Pat has been honoured with a lifetime achievement award from the Irish Film and TV Academy, for his outstanding contribution to Irish broadcasting, spanning five decades.

Margaret (Mags) Nelson is one of the best known and respected radio executives in Ireland. Since her appointment as Station Director of FM104 in 2008 she has led her management team to bring FM104 dramatically ahead of all other music stations in the capital.

She has also managed to maintain this dominance in a hugely competitive radio market with a current Prime time Market share of 17%. Mags has also commercially maximised FM104 listenership by making it the most financially successful local radio station in the country.

She has recently been appointed Station Director of Q102 and has already made dramatic changes to the structure and the workings of this station.

Willie O Reilly is an experienced media executive. He has worked as a Producer, a Chief Executive and a Company Director on a number of Irish radio stations including RTÉ, Today FM, FM104, Highland Radio and iRadio. As Chairman of the Independent Broadcasters of Ireland (IBI) he was actively Involved In shaping the Broadcasting Act 2009 to set out a clear pathway for the future of Independent broadcasting In Ireland.

A founding music producer of RTÉ Radio 2, Ian was relentless in connecting new & live Irish music with radio, through the Fanning Show, Lark in the Park, Beat in the Street, Dance Sessions Tours. He went on to revive the EBU’s relevance to young listeners, leading to the Eurosonic Festival, Europe’s pre-eminent new music event, reinforcing the link between public service radio and young music makers.

The Hall of Fame induction will take place on Tuesday September 25th at 12.30pm in the BAI Offices where the hall resides year-round.