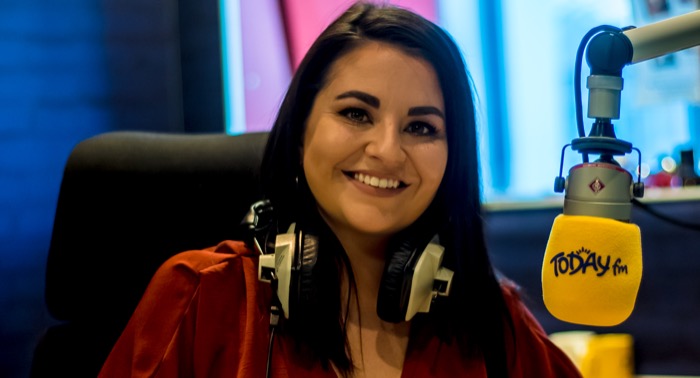 Paula, who also hosts the showbiz reports on The Ian Dempsey Breakfast Show, took on the 5-7am slot in 2015. She announced her pregnancy in April this year and now leaves the show with Irish comedian Pamela Joyce for the next six months.

Pamela Joyce began working in radio in 2015 presenting across a number of stations including iRadio and FM104 before joining Today FM in June of this year.

The 25-year-old presenter has gained national recognition over the years for her hilarious comedy sketch videos that generated thousands of views and shares across various media outlets and social platforms. Following the success of her Irish Mammy impressions, Pamela landed a comedy series on the RTÉ Player and later was involved in Today FM’s Dare to Care campaign as part of The Last Laugh with Matt Cooper.

Commenting on her new venture Pamela said: “Growing up, Today FM was always the favourite station in my house, so to think I’m part of the station now is a dream come true. I’m absolutely delighted to be joining such an amazing team in Today FM and I can’t wait to get stuck in.”

Programming Director at Today FM, Adelle Nolan added: “We are delighted to welcome Pamela to the Today FM airwaves. Her talent, energy and wit is a great fit with the station and key to waking up the nation at 5am. She will be a great lead in to The Ian Dempsey Breakfast show, and we wish her the best of luck in her exciting new role!”