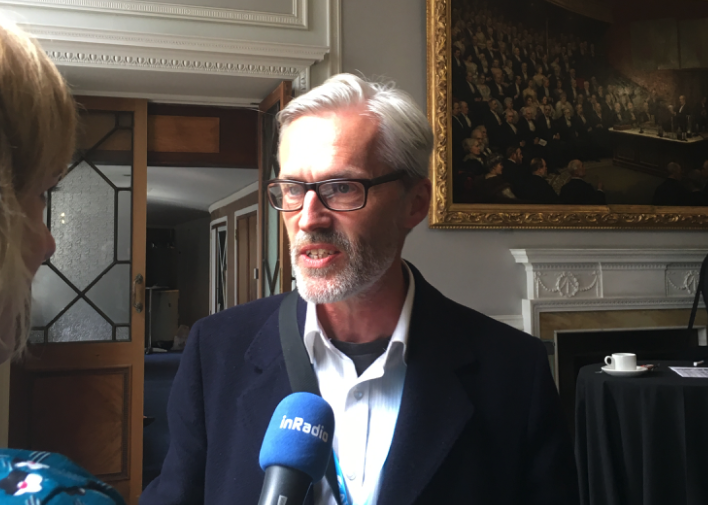 Nails Mahoney, aka Brian McColl, has returned to RTÉ with a new Sunday afternoon show on RTÉ Gold.

Nails told RadioToday he’s been looking at getting back on-air: “I definitely didn’t want a basic format gig anywhere (and that’s pretty much all there is these days) so Gold deemed the best place for it. I called Aidan Leonard a couple of months ago to see if he would be interested…and he said yes.

“I’ll be doing 2-4pm on Sundays playing music from the late 50s to the early 90s (emphasis on 60s and 80s). It’s hard to hear Chuck Berry into Flock of Seagulls anywhere (!) so I’m happy to get a chance to mess with a playlist like that and to be trusted with constructing it too.”

Nails is also a radio coach, operating under the branding of On-Air Coach along with Tracy Lee, and blogged today about the state of radio in Ireland following the BAI’s decision not to licence any more new FM radio stations unless revenues rise.

Good to be back at RTE.
It's been a while.#radio pic.twitter.com/VdKwR9wJEE

We’re already underway with our brand new weekend schedule and if you want to see it in full well take a look ? pic.twitter.com/FGXqnSe0ZC