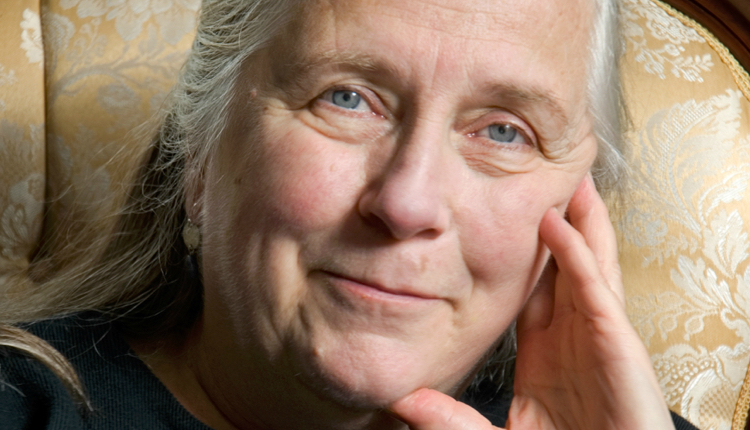 Sandy died unexpectedly after a short illness and is survived by her two daughters and a sister.

Born in Rhode Island, U.S.A. Sandy spent more half a century living in Ireland. Since 1996 she has presented ‘Country Time’ on RTÉ Radio 1.

As well as ‘Country Time’, Sandy co-presented along with Lilian Smith ‘Sisters Doing It For Themselves, and had been a contributor to both ‘Arena’ and ‘Lest we Forget’.

Following the news of her death, Head of RTÉ Radio 1 Tom McGuire expressed his sympathies saying: “Sandy Harsch had an encyclopedic knowledge and a tremendous love of American Country music. This knowledge and love permeated ‘Country Time’ on RTÉ Radio 1 and Sandy’s unique broadcasting style created a wonderful welcome mat for a most appreciative audience on a Saturday night.

“She had met and played with many of the stars of country music and her anecdotes and stories gave new life to the playlists she chose for every show. As a colleague Sandy was much loved in the radio centre and staff here are heartbroken at her sudden passing.”

After moving to Ireland from the US in 1960 Harsch worked as a freelance photo-journalist in music retail and wholesale and then as chief photographer, record reviewer, and interviewer for Hot Press magazine. She got her start in radio at RTÉ as a guest critic with Pat Kenny on “Outside Track” and worked regularly as a panelist, critic, and producing feature items.

She moved onto the independent nationwide station Century Radio presenting ‘The Country Store’ in 1989 and then presented a syndicated show on nine local stations. In 1996 she rejoined RTÉ and started presenting ‘Country Time’. In her lifetime, Sandy interviewed many of the top country artists including Dierks Bentley, Merle Haggard, Martina McBride, and Sugarland.

Sandy Harsch was a recipient of the CMA International Broadcaster Award which recognizes outstanding achievement by radio broadcasters outside the United States who have made important contributions toward the development of Country Music in their country.

On receiving that award she said, “Country Music has been a huge part of my life since I was a kid. I have been sharing this passion on air for 22 years and I am totally honoured that the CMA thinks I am doing a good job. Country is a wonderful part of my life and it is a knockout to be given an award. Thank you so, so much.”

So saddened to hear of the sudden passing of Sandy Harsch last night. Sandy was a superb on air CMA award winning talent and possessed an encyclopedic knowledge of all things Country. Our national airwaves will… https://t.co/Z2jXA8uA15

It was with a deep sadness and loss that I learnt that my friend and colleague Sandy Harsch – a giant of radio broadcasting – had passed away. All who knew her will miss her greatly.

Really sorry to hear this. I never met her, but her playing of good, authentic country music was always a pleasure to listen to.

RTÉ Radio 1 music presenter Sandy Harsch, 76, has died unexpectedly after a short illness. She is survived by her two daughters and a sister. Since 1996 she has presented 'Country Time' on RTÉ Radio 1.