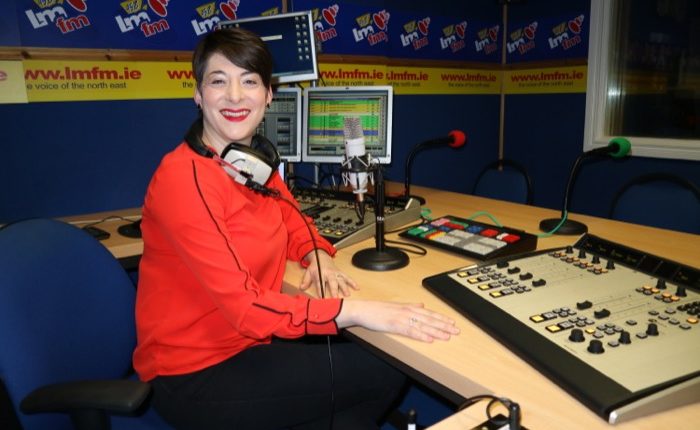 Sinéad Brassil, who has been working in research, production and more at LMFM since 2010 is taking over the daily 11am till 1pm show on the station.

The new morning show will deliver a lively mix of music, talk and pop culture, the station says.

Speaking at the announcement, LMFM Programme Controller Eamonn Doyle explained more to RadioToday: “This is a fantastic opportunity for Sinéad, after 10 years of producing Mid-Morning and more recently Late Lunch this new show gives her an opportunity to showcase her talents on the other side of the mic.

It’s also an exciting move for the station as it’ll be the first significant change to programming in a decade. We wish Sinéad all the best and look forward to the first show on February 4th”

Sinéad added: “I am delighted with the opportunity to develop my own show and bring it to the LMFM listeners. I really care about the LMFM audience and I’m planning to bring a fresh approach to news, events and campaigns in the North East.”

This announcement is the first major change to the daily programme line- up since the Late Lunch started in 2009 and Sinéad will add an important new female voice to the on air schedule.

The new show will be sponsored by Gilmores Mercedes Dealership in Kingscourt and Ken Gilmore managing director said: “Gilmores Mercedes Benz Kingscourt would like to congratulate Sinead on taking up her new presenter post. We are delighted and proud to be the sponsor of this very new and exciting 11-1 show. We wish Sinead every success on this new presenting chapter.”

Concluding the announcement, Sinéad Brassil explained: “For me there’s nothing like the buzz of live radio. The opportunity to produce and present my own radio show truly is a dream come true. I know that broadcasting is a real privilege, bringing stories to the audience and hearing their opinions. I’m genuinely so excited and I’m just counting the days till February 4th.”