Beat 102-103 gives away a grand in latest competition 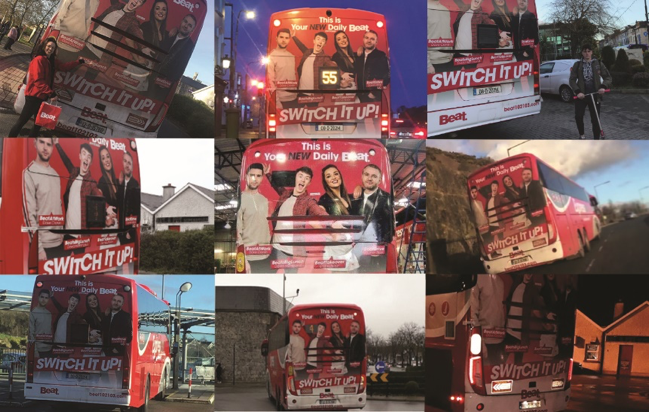 The #YourNewDailyBeat competition on Beat 102 103, which has been running for the last two weeks, has come to a conclusion with €1,000 being won.

Listeners had to snap and share a photo of the Switch It Up graphic with the hashtag #YourNewDailyBeat, which featured on the rear of two Bus Eireann Expressway coaches.

A Waterford mother won on Friday, telling Beat Drive’s Darren Rice that she spotted the bus just off the M9 on her drive towards Waterford city, adding that she plans to splash the cash on a birthday weekend getaway with the family.

The competition was planned to coincide with Beat’s brand-new daily line-up.

Commenting on the promotion, CEO of Beat, Gabrielle Cummins, said: “We wanted to increase awareness on air, on social and on the street. The reaction has been really positive; we’re confident more people have been sampling Beat and like what they hear as we grow our audience further over the next twelve months.”

Sponsorship & Promotions manager Dave Shaw offered his congratulations to listener Cliona, before adding: “#YourNewDailyBeat marks the most significant daily line up change since Beat began nearly 16 years ago. And what better way to celebrate than by giving one lucky listener a grand in cash?!”