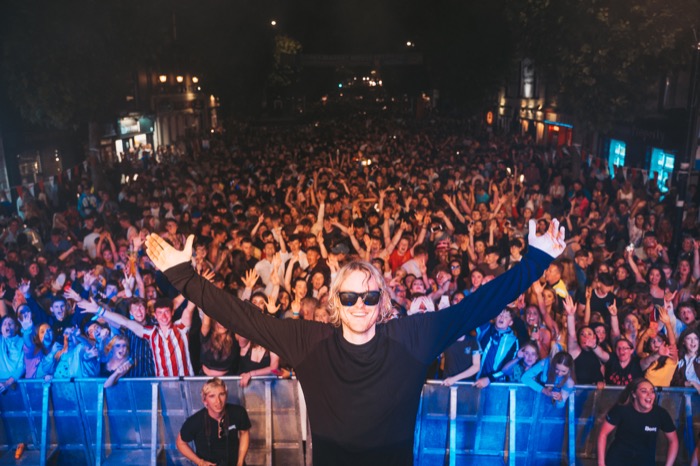 International DJ and producer John Gibbons entertained the crowds at this year’s Beat on the Street.

John has had one of the biggest radio hits this summer with his re-work of the Ini Kamoze classic, Hotstepper, which has received 5-million streams already.

Beat on The Street is held every August Bank Holiday Weekend as part of the Market House Festival in Gorey and is Beat 102-103’s biggest music event of the year. Previous headliners have included The Academic, Mark McCabe and the Riptide Movement.

The lineup is curated each year by the music department at Beat.

Also on the lineup this year was Mullingar/Waterford indie-pop band “Fallen Lights” and Dublin pop star “Aimée” who signed an international record deal with Universal Music following an appearance with Mark McCabe at last year’s Beat On The Street.

“All of our acts played a blinder this year and it was amazing to see people turn up in their thousands to party with us.”