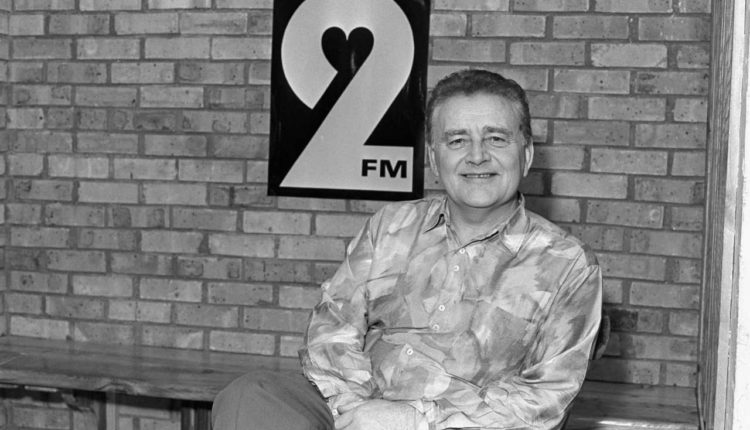 Larry was at the very heart of 2fm – and RTÉ – for over 50 years. Part of the original line-up for Radio 2 in 1979, Larry began with RTÉ Radio in the 1960s, latterly presenting for RTÉ Gold.

Dee Forbes, Director General, RTÉ said: “Larry Gogan was a legend, and a genuine national institution. He transcended generations – whether it was a hilarious moment on the Just a Minute Quiz, the breakneck countdown of the weekly top 40, or the first play of a Christmas song – Larry didn’t just preserve these traditions, he created them.

Legendary, cross-generational, universally popular: The Golden Hour and the “Just a Minute Quiz” were national institutions, just the like the man himself.

He returns now to his beloved Florrie – we are the poorer for his loss, but the richer for having known this gentleman of the airwaves.”

Larry Gogan a dear friend. A wonderful man.
May he rest in peace. @rte @RTElyricfm pic.twitter.com/sau8gax8AK

Dan Healy, Head of RTÉ 2FM said, “Larry was a huge part of the foundation on which 2FM was built – he was, arguably, the greatest music DJ in Irish broadcasting history; that gorgeous voice; that genius with a link; that love for the music. Larry won all the major radio awards in Ireland but over and above them all he had the one that mattered most: universal popularity. Everyone loved Larry, and we’ll all miss him deeply.”

Jim Jennings, Director of Content, RTÉ said: “Larry Gogan defined the Irish popular music scene for decades; he advocated for Irish artists and Irish music throughout his career, meaning he was respected not only by audiences, but by musicians too. This, in many ways, was his unique quality: he was loved by the listener, and loved by the artist. Larry’s legacy will endure in popular culture and the popular imagination for decades to come.”

I’m genuinely Shocked! This gentleman was the very reason so many of us got into radio. His professionalism, sharp wit and tight style was a standard only achieved with diligence and great personality R.I.P. Larry #larrygogan https://t.co/QMebWCOyTI

Lorcan ‘Larry’ Gogan (born 1938) broadcast his first radio programme on RTÉ Radio 1, and was in the original line-up in 1979 of RTÉ Radio 2 (which later became RTÉ 2fm), where he spun the first disc. He presented a regular show there until 2019.

Larry presented The Golden Hour up until February 2014. Famous for his “Just a Minute Quiz”, his catchphrases are universally recalled (“They didn’t really suit you”).

Larry also presented a variety of television programmes including Pickin’ The Pops, Go 2 Show and The Golden Hour. He commentated frequently on the Eurovision Song Contest. On 8 January 2019, he moved from 2FM to RTÉ Gold – he presented his last programme on 2FM on Thursday 31 January.

Larry was in bits laughing. Such a warm presence on the radio RIP pic.twitter.com/cj6GLmyLQB

Larry met his wife Florrie when she was 15. Both their fathers ran newspaper shops in Dublin. They were engaged two years later and married when she was 21. He is survived by his five children – Gerard, Orla, Grainne, David and Sinead – and 12 grandchildren. Florrie died in January 2002.

Larry won many awards. A Jacob’s winner, he was also awarded the IRMA Honours Award “in recognition of his outstanding contribution to Irish music”, and the Industry Award at the 2007 Meteor Awards.

We are deeply saddened to hear of the death of Larry Gogan. He was part of the soundtrack of the lives of so many people and his personality, wit and musical knowledge, both on and off air, were legendary. Condolences to his family, friends and colleagues in @RTE #RIPLarry

Larry Gogan was and will always be the finest music presenter this country has ever produced. His elegance and genuine passion for pop tunes on the air was matched by his decency and kindness off it.

Every hour was 'the golden hour' when Larry took the mic.

We've lost a true radio legend in Larry Gogan: a sincere and lovely person and an authentic and genuine presenter. Playing music and a having a bit of fun with his callers: he made it seem completely effortless and simple, which makes you realise what a rarity Larry was. RIP. pic.twitter.com/ePukTEijRT

Another broadcasting giant leaves us. RIP Larry Gogan. One of the greats & one of the nicest people you could meet. Still remember the first time I did a sports bulletin into one of his shows. In the presence of greatness, the nerves got the better of me. Sleep well #RIPLarry

Another "great" has left us. The "King of the DJs", a wonderful radio man and a true gentleman. #LarryGogan – Ar dheis Dé go raibh a anam. pic.twitter.com/QJ0AQg4ieq

I’ll never forget the day Larry Gogan was on after me on @RTE2fm. Before my own show had started I saw him arriving for work… over 3 hours early! This wasn’t just a music show, it was serious business and he adored it. I was insanely starstruck. RIP, Larry. A gent. #LarryGogan pic.twitter.com/UFRI2ZcRa7

The nicest man you could ever meet. Rest In Peace Larry ? #LarryGogan pic.twitter.com/vwexFxmeZH

RIP Larry Gogan ?
I’ve tapes of Larry at home as I tried to record the Irish chart show without getting him talking. pic.twitter.com/enlhXneTzZ

Ah, no. RIP Larry Gogan. I knew him for almost 40 years. No nicer man in broadcasting. Deepest sympathy to Dave and all the family.

Larry Gogan a dear friend. A wonderful man.
May he rest in peace. @rte @RTElyricfm pic.twitter.com/sau8gax8AK

Larry Gogan RIP From ‘Just A MinuteQuiz” to the Golden Hour Larry was the soundtrack of our lives from the 1960s-2020s.I visited him ten days ago , he was in his usual great form with his loving family,his beautiful honeyed voice,the quick wit and deep intelligence shone through