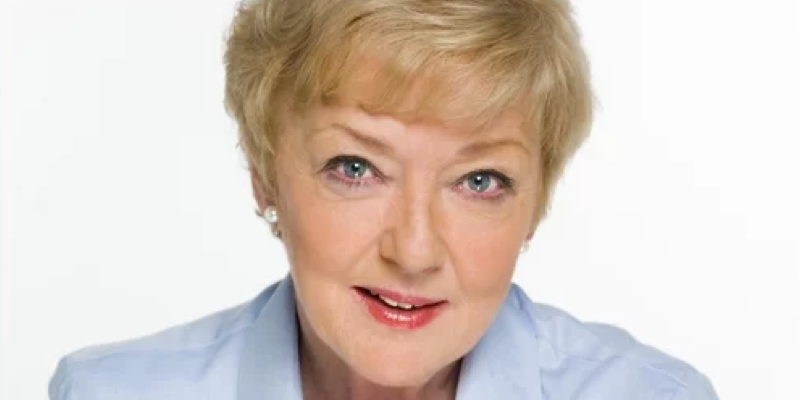 Born in 1950, Marian Finucane first worked with RTÉ in the 1970s. A qualified architect, she became a programme presenter working on programmes concerned with contemporary social issues, especially those concerning women, notably on Women Today.

She became a household name with her Liveline programme on RTÉ Radio 1. A winner of the Prix Italia, her television work included Consumer Choice and Crime Line.

On Gay Byrne’s retirement in 1999, she took over his early morning radio slot to present The Marian Finucane Show, ultimately taking over the morning slots on Saturday and Sunday.

Marian is survived by her husband John and son Jack.

Dee Forbes, Director General, RTÉ, has said: “We learned today of the sudden passing of Marian Finucane with profound shock and sadness. Marian was a broadcaster of immense capability; a household name, she was first and foremost a tenacious journalist with a zeal for breaking new ground. From Women Today to Liveline to her weekday radio show on Radio 1 and, latterly, her enormously popular Saturday and Sunday radio programme, she tackled the big social issues of the day with command and insight. Multi-skilled, she forged a distinguished career on television, as well as undertaking significant charity work in Africa. Ireland has lost a unique voice. RTÉ has lost a beloved colleague. My sincere and heartfelt sympathies to her husband John and son Jack.”

Moya Doherty, Chair, has said: “It is with the deepest shock and sadness that I heard the news of Marian Finnucane. Marian was a pioneer in women’s broadcasting and was rightly renowned for her fearless yet human interview technique. Many who work in broadcasting today, male and female, owe her a great debt. RTÉ has lost another great champion and another great talent, but we are the richer for having known and heard her work.”

Jim Jennings, Director of Content, RTÉ, has said: “The work and legacy of Marian Finucane is without parallel in Irish broadcasting. With the committed team on Women Today she tackled issues that were largely uncovered and unspoken. On Liveline she templated a phone discussion format uniquely suited to Irish audiences. An award-winning documentary maker, she was an interviewer of profound sensitivity and insight. As presenter of RTÉ Radio 1’s flagship weekend morning programme, she had the pulse of the nation. It is with great sadness that we mourn this loss to Irish journalism, and to all her colleagues in RTÉ. But our immediate thoughts are with her family today, at this time of great shock and mourning.”

Tom McGuire, Head of RTÉ Radio 1, adds: “Marian Finucane was a defining voice for RTÉ Radio 1, and for the nation. Her work on Liveline was without parallel, where she merged an unsurpassed journalistic vigour with a flair for debate and discussion unmatched among her peers. As the voice of weekends, she parsed the stories of the day, tackling big interviews with ease and insight. Her loss is a deep shock to all of us, and our thoughts are with Marian’s family at this time.”