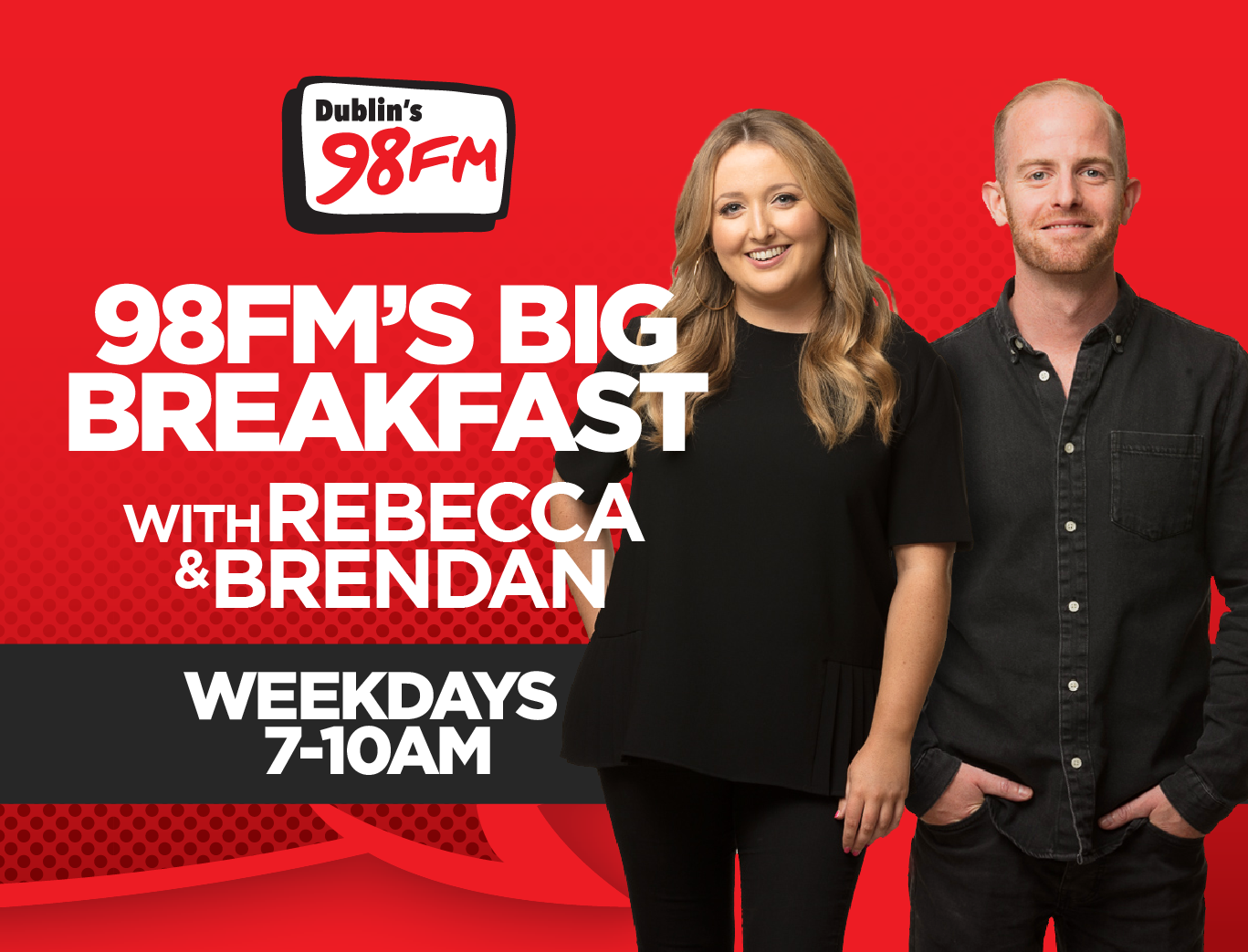 They replace Cooper and Luke who left last week.

Best pals Rebecca and Brendan are two of the creators and hosts of superfan podcast, Shrine of Duty, an homage to the UK Drama Series, Line of Duty.

The pair appeared on national television last year, to meet ‘Line of Duty’ star Adrian Dunbar who congratulated them on the success of their podcast.

Sharing their excitement, Rebecca and Brendan said: “This is a dream job for both of us. We get to work together every day and do we what we love: talking and listening! We have lots of exciting plans for 98FM’s Big Breakfast and we’re looking forward to waking up Dublin and joining them in their morning routine”.

From Dundrum originally, Rebecca fed her passion for all things showbiz and pop culture as entertainment reporter for 98FM, interviewing Hollywood stars on the red-carpet including Ben Affleck, Rebel Wilson and Seth Rogan. Rebecca’s popularity with Dublin audiences led to her own weekend magazine show ‘Saturday Social’ on 98FM.

Brendan, who has been part of the station for over 10 years, will be a familiar voice to 98FM fans, having anchored news bulletins across the day, keeping listeners up to date on all the latest happenings in Dublin.

Brendan also recently picked up a much-coveted Gold IMRO award for ‘News Broadcaster of the Year’ judged by his peers.

Commenting on the new Breakfast line-up, Michael Brett, 98FM Content Director said: “I’m delighted to welcome Rebecca and Brendan to 98FM’s Big Breakfast. No strangers to 98FM listeners, they’re both hugely passionate about what they do and I’m looking forward to the energy and entertainment they’ll bring to morning radio in Dublin”.