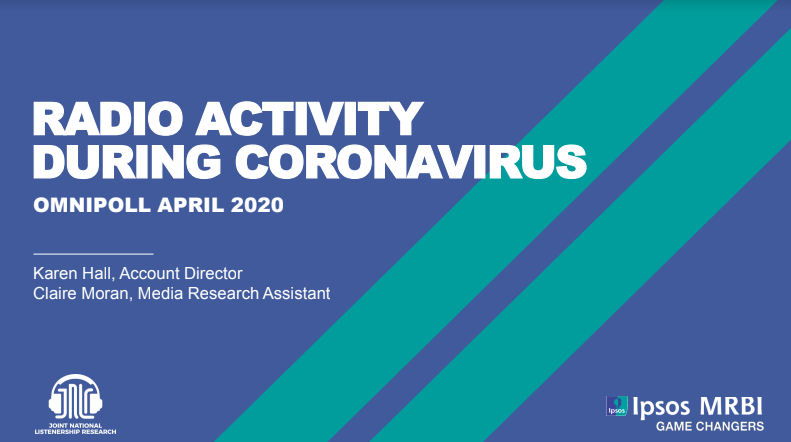 A new survey conducted by IPSOS MRBI has reinforced radio’s dominant position as one of the most trusted media in Ireland.

The survey shows radio has a trust rating of 7.9 out of 10 for all adults, equalling the score for television and ahead of all other platforms among the crucial 25—44 age demographic, at 7.9 out of 10.

The survey of over 1000 among a representative sample of 15+ during the lockdown period 1st – 13th April 2020 also shows that 96% of people had listened to the radio in the last 4 weeks; almost the entire population of Ireland and 9 in 10 had listened in the last week. 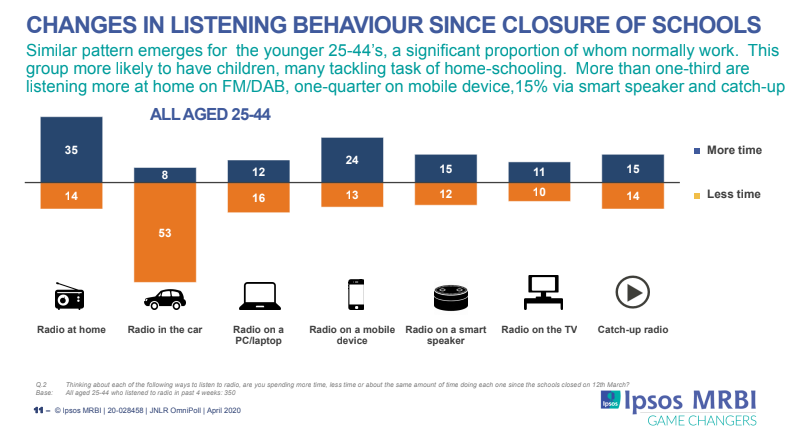 48% of people stated their number one reason for tuning in was to get news and information. According to Reuters, radio is the most trusted medium across Europe, illustrated by a connection score of 7.5 out of 10 for radio, second only to TV at 7.7. This score was double that of social media.

It’s worth nothing that no social media network scored more than 3.3 for connection in the survey. Music (26%), up to date COVID-19 Information (21%) and discussion and debate (11%) also featured strongly in people’s thought processes for tuning in to radio.

Radio’s trust levels, immediate accessibility and its flexibility has meant it has consistently played a key role in communicating COVID-19 information over the past number of weeks. Its ability to deliver a mass national message with regional and local nuancing has reaffirmed radio’s position as a key communication channel.

Radio has provided important updates around social distancing; good hygiene practices and local community supports for vulnerable citizens. Thanks to radio, these crucial citizen information updates have all been shared to a large percentage of the population. Radio was also used to great effect by Uachtarán na hÉireann, Michael D. Higgins, when he chose radio to address and reassure the nation around the battle against COVID-19.

Individual stations have all reported increased levels of online listening throughout this crisis as consumers return to the trusted, informative, engaging medium that is radio. Consumers have also used the medium to help them better understand the challenges they face around COVID-19.