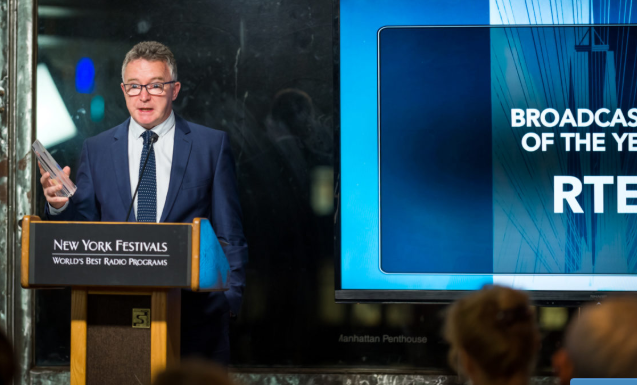 Peter Woods has been appointed as Head of RTÉ Radio 1.

The former Managing Editor of the station has worked in RTÉ since 1999, when he trained as a radio producer. Peter worked across the radio schedule and was a former Series Producer of Five Seven Live, The Documentary on One and Drivetime, as well as Late Debate and Saturday with Claire Byrne.

Peter has won numerous awards for production and documentary making.

Peter said: “When I became the Editor of Current Affairs I said that everything in this station was based on teams and the public service ethos of RTÉ, the listener comes first and I reiterate that now. It’s more important than ever in what are challenging times nationally.

“It’s always been a privilege to work for RTÉ and to lead and have responsibility for my colleagues and the output they generate, particularly now and over the past few weeks.”

Speaking of Peter Woods’ appointment, RTÉ Director of Content, Jim Jennings, said: “I would like to congratulate Peter on his appointment. Peter brings a wealth of editorial and managerial experience to the position and I am sure that he will enhance the station and its programming over the coming years. We wish him well on this new challenge.”

Peter will take up the position as Head of RTÉ Radio 1 on 1st July.