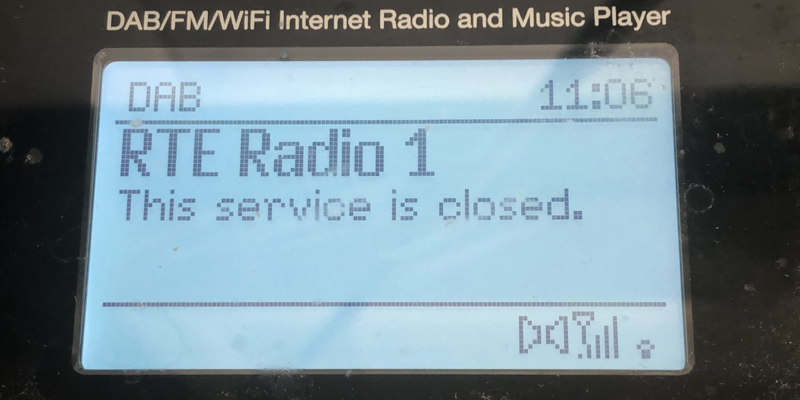 Today marks the end of DAB digital radio transmissions in Ireland as RTÉ switches off its services on the platform.

The broadcaster originally announced in 2019 it would also shut down the stations using DAB as their main outlet, but made a U-turn earlier this month.

So it would seem the DAB service has indeed been closed. Thanks to all who have listened to us on DAB over the years ? we really hope you can continue to listen to us online on any computer or smart device (phone, tablet, speaker or internet radio) or on your TV ? https://t.co/7a2rHyn21K

RTÉ says its decision to cease DAB transmission was driven by three main factors – the fact that DAB was the least utilised platform in Ireland; that RTÉ is the only Irish broadcaster on the DAB system, and cost avoidance.

Commercial and pirate services using the platform, along with a few trials, have also ended in recent years with no word from the Government regarding any plans to switch to digital broadcasting in Ireland.

I think we have our answer @BrianGreene. Audio ended at 11am on the button. EPG still active until around 11.04am when message changed to ‘This service is closed.’ Appeared. pic.twitter.com/yA6HJnRTo9