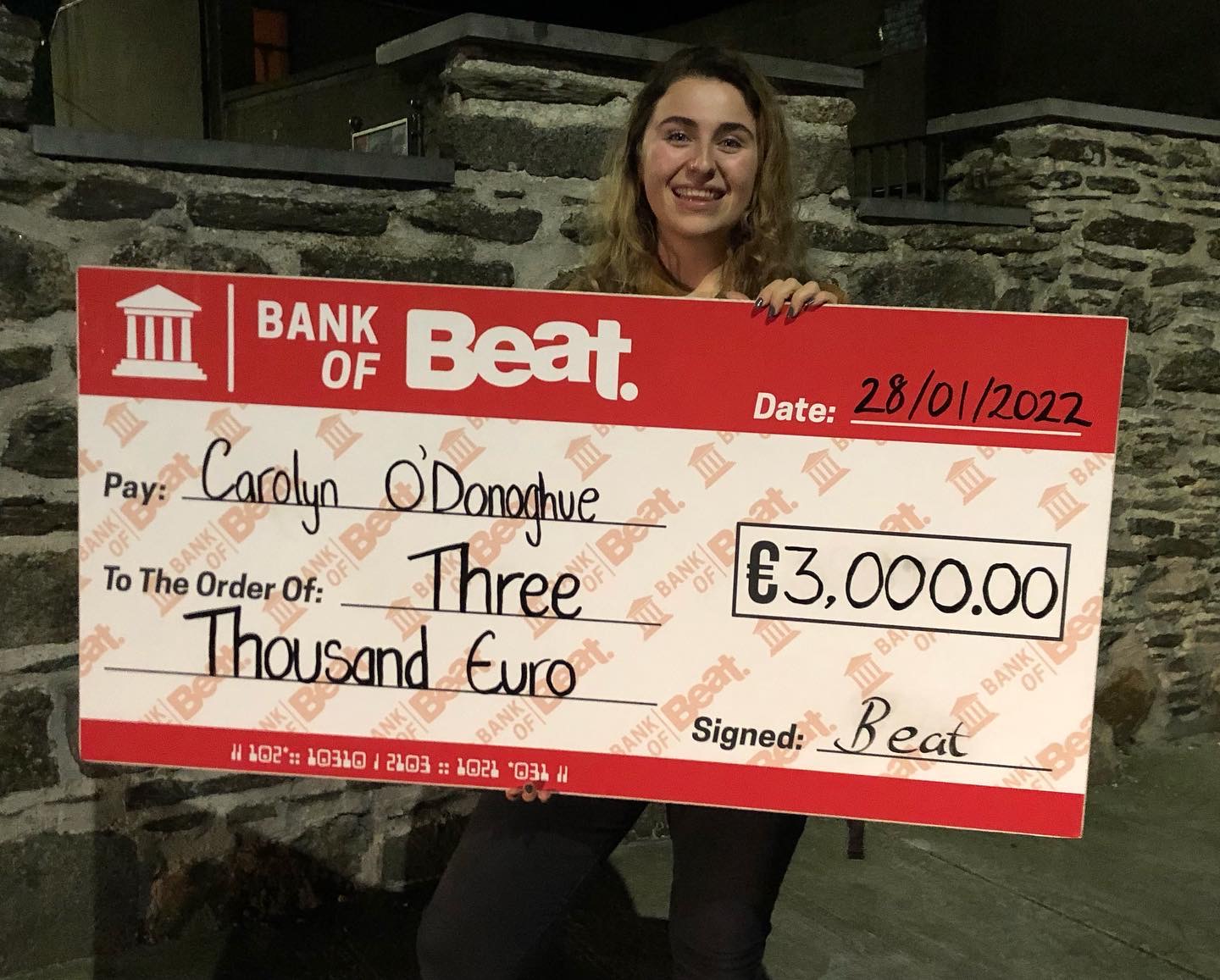 The promotion, in partnership with Wexford and Enniscorthy Credit Unions, saw tens of thousands of Beat followers enter over the last two weeks.

The aim of the competition was to make this January a little brighter for Beat’s listeners by giving them the chance to bag €3,000 in cash to use on whatever they wished.

Across a two-week period, Beat aired four audio clips each day linking a celebrity. Once a listener guessed the correct daily celeb, they had a 1-minute window to text Beat the correct answer.

These correct entries were then collected ahead of a winner being chosen at random by Beat Drive’s Darren Rice on Friday, January 28th.

Speaking to Darren on Beat Drive after her win an ecstatic Carolyn said: “This is just amazing! First off, I’m going to insure my car, then I’d love to see my family in America because I haven’t been over there in three years – I have a niece and nephew I haven’t even seen yet!”

Commenting after the promotion, Beat’s Sponsorship & Promotions Manager Claire Rowe lauded the viral competition as one of the most exciting promotions the media brand has held to date: “The 3 Grand Trio was an exciting promotion which proved to be incredibly successful! It truly got the South East talking – we received an amazing response from our listeners both on air and across our social platforms!”

She continued: “It sounded fantastic on air and it was great to involve all our primetime shows giving our listeners four chances to enter every day.

“A massive thanks to Wexford Credit Union and Enniscorthy Credit Union for helping us make this happen! Our winner, Carolyn, is delighted with her €3,000 grand prize!