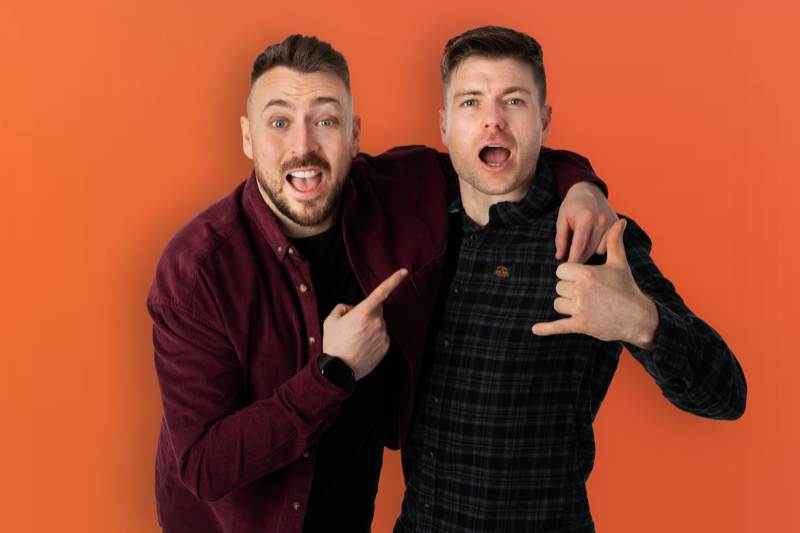 Clips of their podcast were used to promote their new show but included vulgar comments about women.

In one video, the pair read out car stickers such as “Tyres are like women, no good unless they are squealing” and “Workin’ the land and droppin’ the hand #Keephercountry.”

The duo have now posted a joint statement, saying, “We would like to apologise for the content which appeared on our social media, these posts were offensive and should never been published [sic].”

“”This is not who we are nor what we stand for,” it continued. “We aim to do better in the future, we are not perfect and we are learning all the time.”

The apology was posted at 15:01 on Twitter, one minute after their show on 2FM was due to begin today [Thursday, 24 Feb]. Laura Fox is covering the programme as RTÉ have said they will “review the matter.”

The clip has caused backlash for RTÉ with Social Democrats TD Holly Cairns saying, “Presenters on RTE should be calling out comments like these – not laughing along with them and certainly not promoting them.”

Meanwhile, Fine Gael TD, Deputy Ciaran Cannon has said “The use of language that is deeply derogatory and demeaning of women cannot be tolerated by our national broadcaster.”

In a separate statement, RTÉ have said they “believe in dignity and respect” and they “do not tolerate material or attitudes of this nature.”