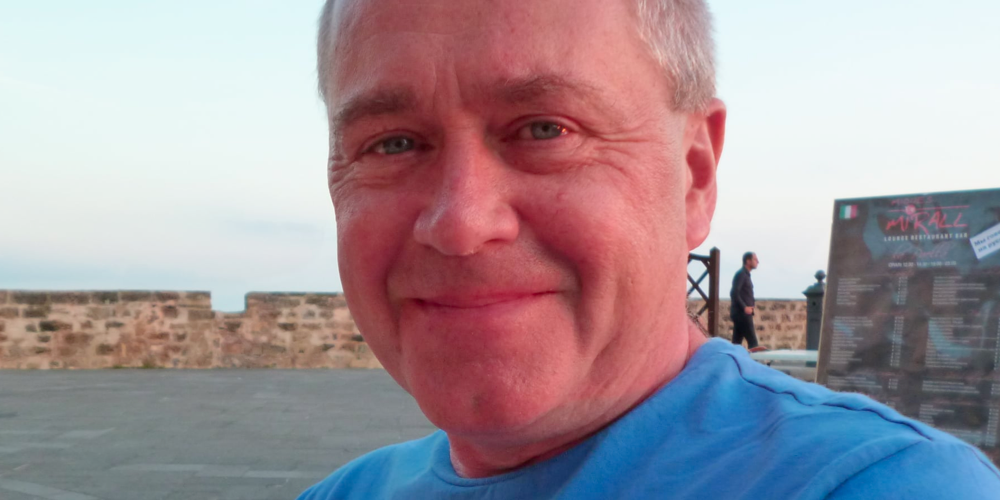 Colleagues from around the radio industry are paying tribute to Tom Hardy who passed away on Wednesday evening.

Tom, aka Brian Johnson, sugffered a heart attack at the weekend and was in an induced coma.

He worked in both Ireland and the UK, plus around the world with on-air roles at the Voice of Peace in Israel and other stations around Europe.

Tom spent 14 years as Programme Manager at Today FM from 1998. He was also well known for his work on the pirates, at Sunshine, Nova, Caroline and KISS FM Monaghan. He then went onto work at 98FM from launch.

In the UK he was Head of Music at Chiltern Radio, and held the title of Programme Director at Leicester Sound and 2CR in Bournemouth.

In more recent years he worked as a consultant at KCLR, was a Board Member for the PPI Radio Awards, on the Music Sub Committee at Learning Waves and operated as a independent radio and broadcast consultant.

Tom is survived by his wife and three children.

Tributes are being made on social media, with just a few of them copied below.

For a full tribute, have a read of this article by his friend and former colleague Stuart Clark.

Very saddened to hear the news that Today FM’s former P.D. @tomhardyradio has died. I worked with Tom for many years on the organising committee of the then PPI Radio Awards. He was an unassuming gentleman with great knowledge of and passion for the sector. RIP Tom.

Condolences to the family and friends of radio legend Tom Hardy who has died. Tom had a long and distinguished career on pirate and licensed radio in Ireland, the UK and further afield. Listen here to our interview with him in 2018. RIP Tom. https://t.co/L4RiOMhq0T pic.twitter.com/V2bXk4cQRF

Extremely saddened to hear of the passing of a true gent Tom Hardy who has passed away. A gifted broadcaster/programmer who served radio in the UK and Ireland for many years. Condolences to his family and all who knew him RIP @RadioTodayIE @pirate_ie @radiowavesfm @radiotoday pic.twitter.com/rRudlLotFk

We awake today to the devastating news that Tom Hardy, another great talent remembered best for his periods on the mega pirates of the 80s, has passed following a heart attack induced coma.
Our thoughts and condolences are with his many friends and family at this awful time.
RIP pic.twitter.com/mMHuqcUajD

Unless you are in radio this may not mean much to you, but Tom Hardy has passed away. I was a listener when I was a kid, and almost ended up working for him at @TodayFM at one stage.

My sincerest condolences to his family and friends.https://t.co/8xrovRkb1o

Im so sorry to hear this news too today. Like you I enjoyed working with him on the PPI awards committee for several years. A gentleman and an expert in our field. RIP

Saddened to hear of the passing of radio stalwart Tom Hardy. I worked with Tom during my time in @kclr96fm & he was a true gentleman. RIP.

Nice fella. Let's not forget he also played a huge & influential part in growing some of the biggest pirate stations of the 80's.. RIP Tom

Legendary radio man Tom Hardy has sadly passed away RIP love to Brigid and the family We had some stories to tell https://t.co/K0iVDrMFlz via @hotpress

Ahh that’s very sad news. In 2010 he was very kind to me when I was looking for some advice. RIP Tom. Gone too soon.

Shocked and saddened to hear of the passing of one of the greats of Irish and UK radio, Tom Hardy. When I started in radio Tom was incredibly generous with his time and advice, I spent many happy hours chatting with him in studio at Radio Nova. 1/…

Such sad news. I had the pleasure of Tom being my PD at Leicester Sound many, many years ago. A great programmer, a wicked sense of humour and if the red doc martins were on, you knew it was going to be a great night out. RIP Tom x