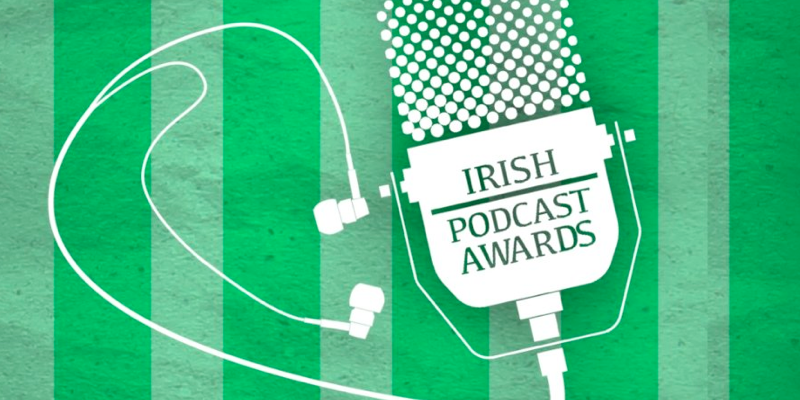 Over a hundred nominations have been announced for the Irish Podcast Awards 2022.

There are 125 nominations in 27 categories representing over 60 series in this first awards event of its kind.

Nominees include Bressie, Blindboy, the Tommy, Hector & Laurita, The 2 Johnnies and Talking Bollox.

Blindboy Boatclub, David McWilliams, and The Good Glow lead the charge with four nominations each. Close behind them is The Tommy, Hector and Laurita Podcastand true crime documentary The Witness with three nominations each.

Among the 27 categories are awards for Arts and Culture, Health and Wellbeing, Creativity, and a special Category for Industry Newcomers.

Also announced today, The Irish Podcast Awards has also opened up its public vote – the Listeners’ Choice. Podcast listeners can now vote at theirishpodcastawards.ie/vote . They’ve got until Sunday 11th September to get their votes in.

Matt Deegan from the Irish Podcast Awards says: “We are delighted with the volume and quality of all the entrants this year! 2022 was an incredible year for Podcasting and we hope our nominees showcase the broad range of talent in the industry today. It’s fantastic to see the calibre of Irish podcasting improving every single year.”

The 2022 nominee list is packed with both household names and hidden gems, from Ireland’s most recognisable voices in Pat Kenny and Mario Rosenstock to rising stars Andrew McGovern and Aideen Finnegan.

This year’s ceremony will be held in Dublin’s Liberty Hall on the 16th September 2022.