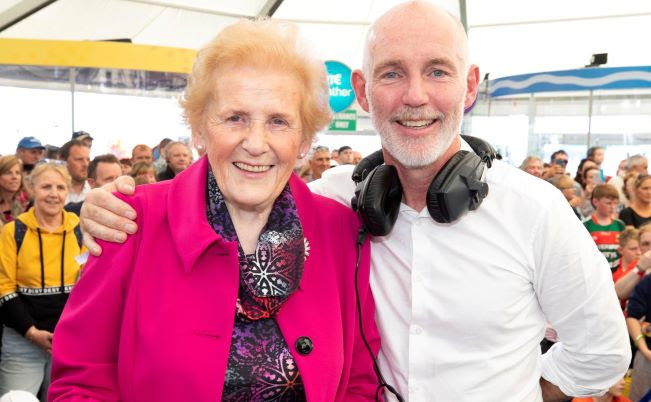 RTÉ is attending The National Ploughing Championships once again this year with live coverage planned across Radio 1, 2FM, RnaG and lyric fm.

The Ploughing will return to Ratheniska, Co Laois, from Tuesday 20th September to Thursday 22nd September and RTÉ will be there over three full days with an action-packed schedule of live programmes, live musical performances, live RTÉ News and Weather bulletins, chances to meet with well-known presenters, and plenty of prizes.

RTÉ Raidió na Gaeltachta is celebrating fifty years on air this year, and as part of the year-long celebrations they will present a special celebration of Irish traditional music during this year’s National Ploughing Championships entitled Cuisle RnaG50.

Traditional music has been an integral part of RnaG’s output over the last half century, and this show will be presented by station Music Editor Neansaí Ní Choisdealbha, and conducted by renowned Tipperary accordion player Ned Kelly.

Here’s how the RTÉ SCHEDULE will look and sound: