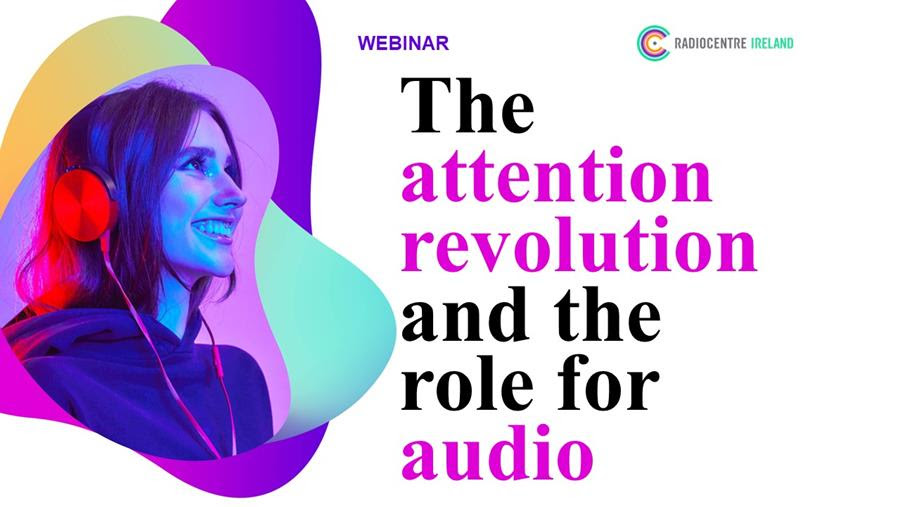 The Ipsos Irish Audio Market Report released today shows that radio continues to have a dominant position in the Irish audio sector.

Live radio enjoys a 74.3% share of all audio listening, reflecting an engaging, easily accessible (and free) format for listeners.

While many tune into on-demand audio, the time spent (25.7% share) is significantly less than for live radio. The growth in on-demand, online, audio audiences is not at the expense of radio. Over time, music streaming services are replacing our traditional music archives such as CDs, vinyl or downloads.

The morning session focused on a topic that is increasingly becoming critically important to advertisers and agencies – measuring the real impact of advertising on people.

Karen Nelson-Field, the founder of Amplified Intelligence spoke about how the media ecosystem was broken, and that advertisers are paying for an opportunity-to-see but proxy measures fail to measure audience attention.

Karen showed that if you actually look at how people view ads on media, it is a far cry from the sustained and undivided attention marketers idealise.

The data shows that people switch in and out of active, passive and non-attention across the entire course of time-in-view. Most online ad placements do not meet the attention memory threshold as 85% of ads are viewed for less than 2.5 seconds. Karen added that reach might be the basic premise to brand growth but it does not work if people are not paying enough active attention.

Karen explained that Amplified Intelligence is now looking at the role audio plays in this area and how it can translate visual attention to an audio framework. They are in the market now in Australia looking at broadcast radio and digital streaming and are starting to see positive results.

The presentation also heard from Peter Pynta, CEO of Neuro-Insight APAC about the science around how media and creative content is actually consumed. And that only 10% of human processing is conscious, explicit access to recall while 90% is implicit memory, intuitive, lying in the subconscious.

Peter talked about how audio can add so much meaning to a brand’s communication. And that while Audio may be consumed passively, it is very powerfully encoded into long term memory. Peter also referenced a UK study that showed that there was a 28% uplift in long term memory for brands heard in a relevant context to a task that the listener was doing. Peter also added that blending into the fabric of the surrounding context has a significant impact on long term memory encoding and decision-making.

You can watch the full webinar here.