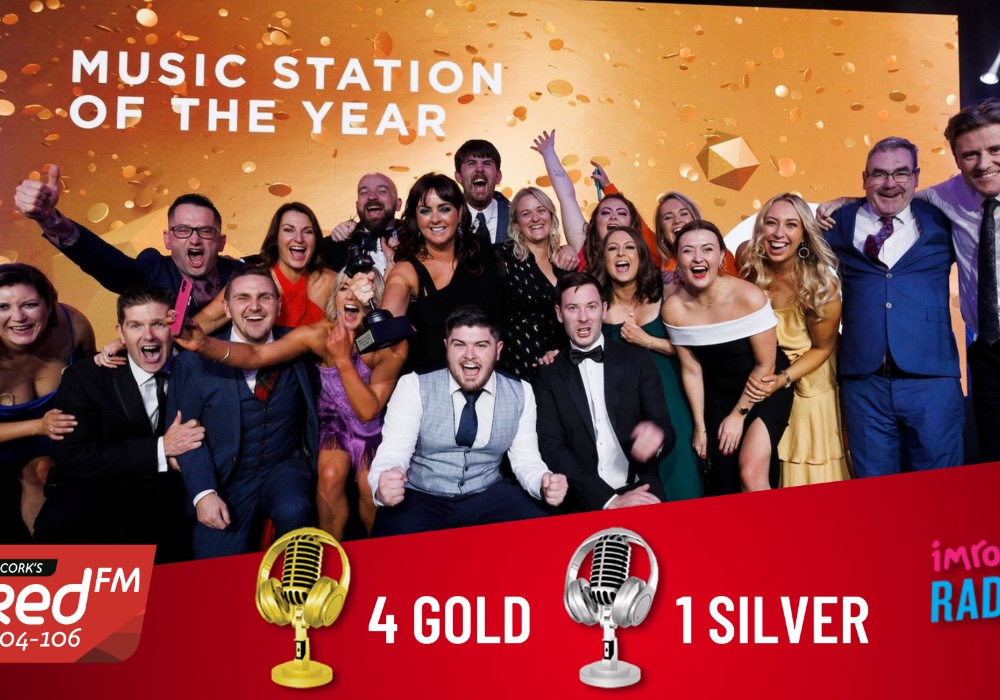 Cork’s RedFM launched on this day in 2002 and promised a fresh, new sound for Cork city and county.

Now, at 21 years old, the station is celebrating everything it has done for local listeners and giving away birthday presents throughout the day.

The station says: “Our audience has grown up with the radio station as the soundtrack to their lives and a constant companion which has entertained, provoked and informed.

“RedFM has been there for all the momentous occasions that got Cork talking over the past 21 years from Cork’s All Ireland successes to Bruce Springsteen rocking Pairc Ui Chaoimh and even the Queen’s stroll around the English Market –  we took our audience on that journey bringing the sights and sounds of those events and more Cork’s RedFM is the most listened to radio station in Cork with a weekly reach of 175,000 listeners (Source JNLR/IPSOS/MRBI 2022/ 3 October 21-September 22) and is Ireland’s IMRO Music station of the year 2022.

The station was recently purchased by Bauer Media subject to regulatory approval.