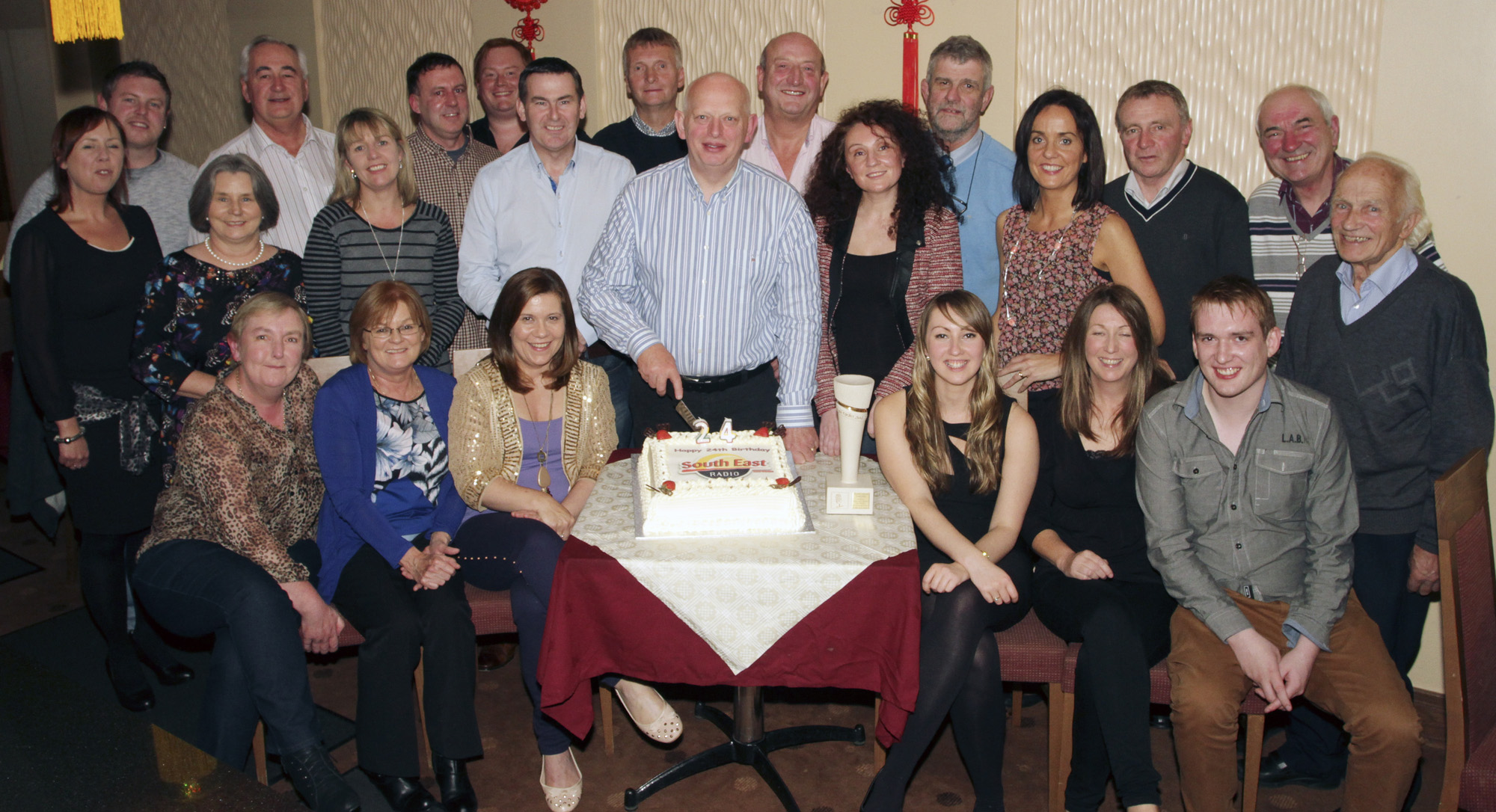 County Wexford’s South East Radio is 24 years old on October 20th, and is thanking listeners and advertisers for their support so far.

The station won a Gold and a Bronze at the recent PPI Awards in Kilkenny and has 62,000 adults tuning in each week.

The station told RadioToday: “The team at South East Radio are at the cold face of issues affecting those living in Co Wexford and surrounding areas. Bringing “No Phone No Facebook” to participating schools in Co Wexford, resulted directly from concerns raised by listeners to the levels of suicide amongst our young people.

“Campaigning to maintain local hospital services has been at the heart of South East Radio and we are delighted to say resulted in not only maintaining the A&E services provided but will improve them beyond recognition in a new custom built A&E facility.

“These are just a couple of current initiatives that we are privileged to lead in our role as local radio station and will continue to do so during our new 10 year licensing period.”

South East Radio launched in October 1989 with the slogan The Best Sounds Around. Today the station is saying thank you to advertisers and listeners for their support over the last 24 years and to staff who work to bring local radio to County Wexford.