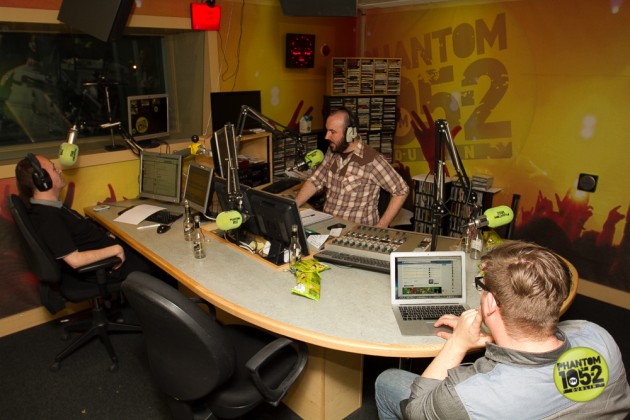 Phantom FM has lived its last day on-air in Dublin. The station will rebrand as TXFM in the next couple of weeks, on a date yet to be announced.

It’s just four weeks since the BAI approved a restructure of the station which has resulted in at least eight full time members of staff being let go. The final live show is Powerhouse with John Caddell.

Phantom started life as a pirate in 1996 and finally went legal in October 2006. In 2010 Communicorp took a 30% stake and the station was relocated to Marconi House along with Today FM and Newstalk.

Twitter tributes have been paid all day and over the last week, as presenters host their last shows on the station.

Station webmaster Kieran Frost blogged about walking out of the station for the final time, and shared many photos and memories.

There’s also a thorough history on the station on thejournal.ie with photos, videos, studio moves, childhood memories and more.