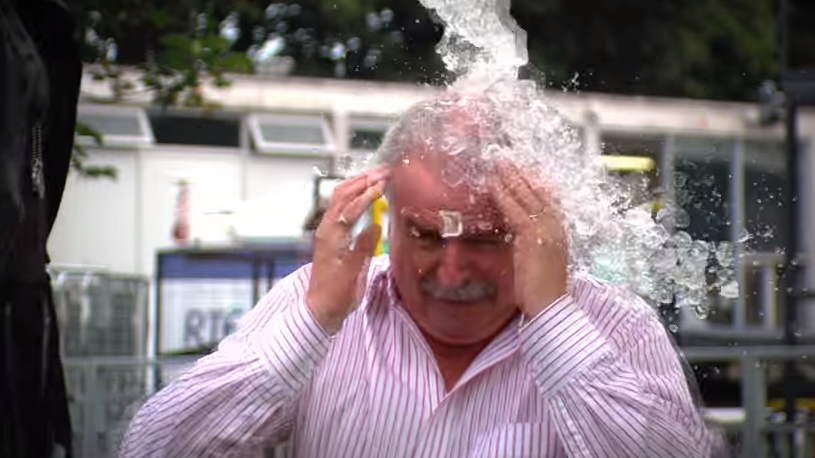 Radio presenters from around the country are taking part in the to Ice Bucket Challenge in an attempt to raise awareness of the disease amyotrophic lateral sclerosis (ALS) and encourage donations to research.

On national radio, Ryan Tubridy got dunked in the studio, Marty Whelan had a nice outdoor setting at RTÉ, and Ray D’Arcy took the challenge whilst on holiday. At 2FM, Jenny Greene and Nicky Byrne also did the challenge.

Here’s George Hook doing it, and even Pat Kenny from Newstalk.

Jim-Jim‘s ALS Ice Bucket Challenge was filmed inside the bucket of water, whilst his co-presenter on FM104’s Strawberry Alarm Clock Nobby did his in what looks like his back garden.

“The Afternoon Show’s” Jonny O’Keeffe & Colm Gallagher from “60’s at Six” on Shannonside Northern Sound also completed the challenge, whilst Radio Nova’s Marty Miller and Dee Woods also joined in with the occasion.

There are no doubt dozens more, and we’re adding them here as we find them. Let us know your video link via news@radiotoday.ie