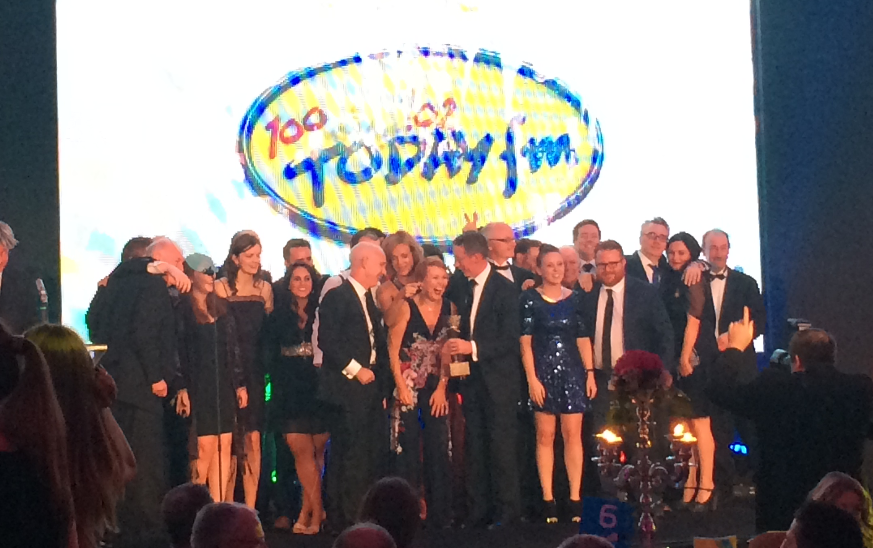 Nicky Byrne has scooped the Newcomer of the Year Award and Today FM picks up Station of the Year at this year’s PPI Radio Awards.

Whilst Nicky is already famous for his Westlife career, he’s been on radio full time less than a year and snatched the top spot of the category away from Lorcan Clancy from Radio 1, Peter Dunne from LMFM, Marches Hunter-Neill from BBC Radio Ulster and Cormac Moore at iRadio.

Nicky was also up for General Music Programme with his on-air partner Jenny Greene, but Dermot and Dave claimed that for their 98FM show.

RTÉ Radio 1 bagged the most awards of the evening with 10 in total, followed by Newstalk and BBC Radio Ulster with four each. 98FM got three, Today FM got two and ten other stations got one each.

As for the groups, Communicorp got 12, RTÉ got 11, the BBC got four and UTV got two.

Station of the Year awards went to Radio Kerry for Local Station, FM104 getting Music Station and Today FM getting Full Station.

Other headlines include Stephen Nolan winning the Speech Broadcaster of the Year award, The Ian Dempsey Breakfast Show on Today FM getting Gold for Breakfast Programme, and Communicorp’s newest station TXFM winning the Gold Award in the New Irish Music/Musical Talent category.

The Outstanding Achievement Award was, for the first time ever, presented to two people this year at the PPI Awards. Lisa Ni Choisdealbha from the Independent Broadcasters of Ireland and JP Coakley fro RTÉ were both honoured for their work bringing Radiodays Europe to Ireland in 2014.

The ceremony was presented by comedian Barry Murphy to a packed room with many of Ireland’s well known radio presenters, producers, programme staff and radio station heads.

Speaking at the Awards, Sean Murtagh Chair of the PPI Radio Awards committee said “Following six master classes in four cities, 635 entries, 81 judges listening to more than 16,000 minutes of audio in 25 judging sessions across four days, now it’s 620 of radio’s finest gathered in Lyrath to find out who is going to bring home Irish radio’s most sought-after accolade.”

Scroll down to see how the night unfolded with our live blog: