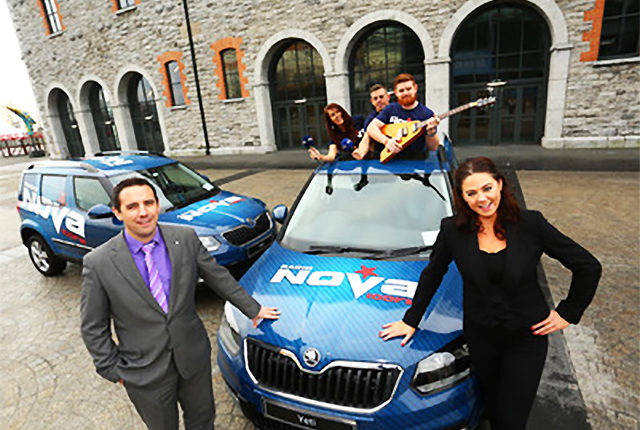 Classic rock station Radio Nova 100 has signed a deal with Skoda Ireland which will see them provide three Skoda Yetis for the station’s events team to drive around.

Radio Nova’s promotional staff are also known as the “Rattle ‘N Hummer” street team, as they also drive Harley Davidson Motorbikes and a powerful American Humvee, which the radio station’s General Manager Mary O’Sullivan noted, when referring to the fuel consumption of the new Škoda’s, saying: “Combined, our three Yetis are so efficient they cost less to run than our single American Hummer we also have on our fleet!”

The Yetis will now regularly make appearances at business and brand events around the Nova franchise area of Dublin, Kildare, Meath and Wicklow including outside broadcasts for official openings, promotions, and product launches across the region.

Škoda Ireland, who announced the partnership on twitter this afternoon, have six dealerships in Nova’s broadcast area.

The company’s head of marketing and product, Raymond Leddy said: “Nova is very like Škoda in many ways. It has made great strides over the last number of years gaining a large share of the market and they have huge ambition with a unique offering”.