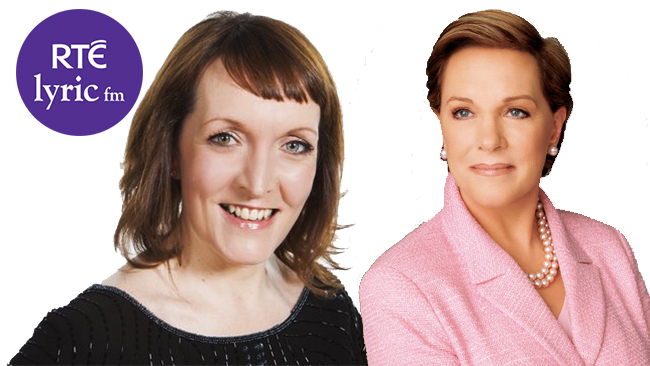 On March 29th – the closing day of the festival – Julie Andrews will be in the Bórd Gáis Energy Theatre to discuss her extraordinary career with Gormley.

The interview will cover everything from her luminous first appearance on Broadway starring in The Boy Friend; to creating the role of Eliza Doolittle in My Fair Lady; to her film debut as the titular beloved character in Disney’s Mary Poppins – the iconic role for which she won a BAFTA, Golden Globe and an Academy Award.

The discussion with Andrews will start at 3pm, followed by an opportunity for the audience to ask questions, after which the actress will introduce a special presentation of The Sound of Music, the Festival’s closing gala event in the Savoy Cinema at 7.30pm.

Grainne Humphreys, Director of the festival says “It is a great honour to welcome one of the great legends of stage and screen to Dublin.The Festival is honoured to welcome Dame Julie Andrews to Dublin to introduce the 50th anniversary screening of The Sound of Music and participate in a Public Interview hosted by Aedín Gormley from RTE’s Movies and Musicals. Of all the illustrious guests who have attended the festival, few have brought such happiness to so many film fans.”

Meanwhile, in this weekends “Movies and Musicals” – Saturday at 1pm on RTÉ lyric fm, Aedín will be checking out the nominees in the Best original score and song categories of the Academy Awards, as well as looking back at previous music Oscar Award winners including The Artist, Frozen, Out of Africa, The Way we Were, The Last Emperor and many more.