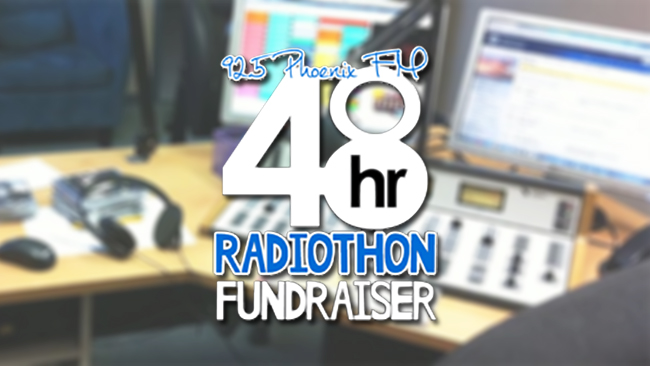 Community station 92.5 Phoenix FM, based in the Dublin suburb of Blanchardstown, are gearing up for their second annual 48-hour Radiothon, taking place next week.

The locally run community station for Dublin 15, which recently rebranded with a new logo and web site, took to twitter this afternoon to announce that preparations are well under way for the annual fundraiser, which they hope will bring in enough donations to continue to keep them on the air.

While last year’s fundraiser saw Phoenix FM team up with various local business and community groups to bring in €3,300 in donations over the 48 hours, the station are hoping to beat that amount this year and have increased the scope and magnitude of the event accordingly.

The Radiothon, which kicks off at midday next Wednesday March 25th and finishes 48 hours later at midday on Friday March 27th, and will see the station broadcasting from the 92.5 Phoenix FM studios and from a variety of locations around the Dublin 15 area using their mobile studio set-up.

Local people are getting involved, presenting shows for an hour each on topics of their choice – filling up the special non-stop schedule with everything from obscure music shows to dramatic radio productions. The deadline has now passed for submissions from those who want to present these programmes.

For more information, and to donate online, see PhoenixFM.ie

Preparation well underway for our radiothon #Phoenix48 it all starts on the 25th #GetInvolved #CountdownIsOn pic.twitter.com/BMowroh5IQ