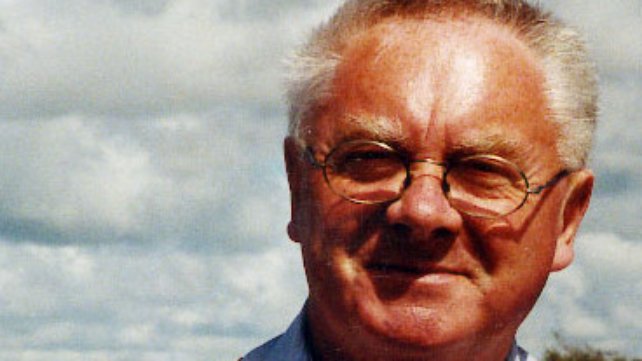 RTÉ Radio 1 presenter Donncha Ó Dúlaing will retire after broadcasting his final programme of Fáilte Isteach on Saturday 25th April. This year marks the 50th anniversary of the start of Donncha’s career in RTÉ.

Tom McGuire, Head of RTÉ Radio 1 said: “As might be said in ‘the parlour of dreams’ Donncha Ó Dúlaing’s retirement brings the latch down on a broadcasting door that welcomed thousands of listeners to RTÉ Radio 1 over the decades.  The compendium of story, song and chat which Donncha brought to a national and international audience was unrivalled.  His good humour, self-deprecating manner, anecdotes and memories brightened many a lonely evening for those living a solitary life but also became the focus of debate and argument in kitchens and corner shops.  Donncha was the epitome of the ‘public service broadcaster’ who through his work has made an immense contribution to Irish life and lives over the past sixty years.”

Born in Doneraile, Co. Cork, Donncha moved to Charleville at a young age when his Garda father and family were transferred there in 1947. He attended the CBS in Charleville and graduated from University College Cork with a masters degree in English.

Donncha’s first job was with the Ford Motor Company as a trainee manager but he left to join the then Radio Éireann in Cork on February 7, 1964. He worked in the Cork studios on the programme ‘A Munster Journal’ before moving to the Henry Street studio in Dublin.

His big break in radio came when he did a series of interviews with the then President of Ireland, Eamon De Valera entitled ‘A Boy from Bruree’, which was an instant success and established him as a talented broadcaster.

He has been, and still is, a champion of the GAA, particularly Cork hurling and Comhaltas Ceolteori Éireann, the Irish language and all things associated with Gaelic culture. He also presented television shows ‘Donncha at Adare’, ‘Donncha at Bantry House’ and ‘Donncha’s Travelling Road Show’. However, Donncha himself acknowledges that he got most satisfaction from interviewing the ordinary people of Ireland in his popular programmes ‘Three- O- One’ and ‘Highways and Byways’ and ‘Donncha’s Sunday’.

He states in a foreword to his book, ‘Voices of Ireland’: “The Ireland of my beloved ‘Highways and Byways’ was a homely place and I was constantly enriched by discovering it.”

His fame as a broadcaster is equalled by his fame as a walker for charity over thousands of kilometres in many countries. As a walker, Donncha has led thousands of people throughout the 32 counties of Ireland and across London, Paris, Jerusalem, Argentine and the USA and in the process has raised millions for various charities.

The sterling Cork man has never forgotten his roots in North Cork, who’s people he frequently mentioned on his hugely popular Saturday night programme on RTÉ Radio 1, Fáilte Isteach, in which, he enriched the lives of people in Ireland and Irish people all over the world.