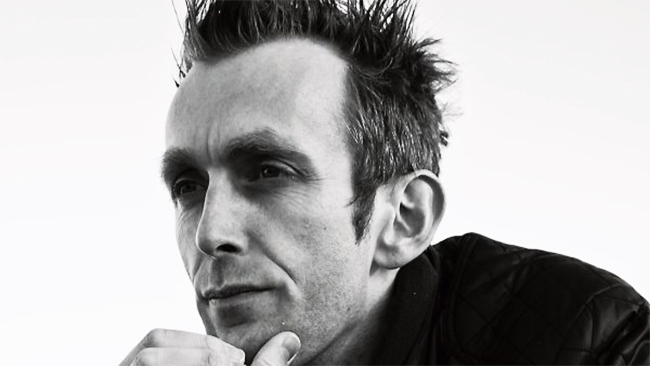 RTÉ 2FM and 2XM DJ Dan Hegarty has launched his first book, Buried Treasure, a compendium of albums which he feels have been overlooked or undervalued.

In the book, Dan rounds up what he feels are unsung works by the likes of R.E.M., Si Schroeder, Gavin Friday and Blink while guest writers including Soak, Bressie, Bronagh Gallagher, and Imelda May champion their favourite overlooked recordings.

On putting the book together, Hegarty said: “I wrote everywhere with every spare second I had… on buses, on trains, in notebooks, on my phone, anywhere I could. I thought this was quite a unique way of doing it but as it turns out from talking to other people who have written a book, it’s fairly common. I have to say, I did get to the point where I was thinking I must have been mad to tackle it in the first place.”

The RTÉ presenter, who hosts “The Alternative” on 2XM and 2FM added: “It’s not rocket science, it’s not brain surgery, but it took a lot of time; more free time than I actually had. Mixing large projects like this with a young family is always going to be a delicate (if not unwise) balance, and that’s exactly what it was in this case”.

Speaking about the launch night itself, which he called a “real head-spinning few hours”, he said “There were bands and people there that I hadn’t seen in years, and some that I’d never met before. Dave Fanning very kindly launched the book, which was a real thrill for me. He’d laugh to hear me say this, but it’s true! It was great to have the launch in Whelan’s as this was where I really learned a lot about music; from going to countless gigs, but more so from the three wonderful years that I was on Phantom FM (which was based upstairs in Whelan’s for many years) in its pirate radio days”.

The next step for Hegarty is a DJ set in Tower Records this Saturday (April 11th), featuring tunes from many of the albums featured in the book, which – the 2FM and 2XM presenter says will definitely make up an eclectic set.

The book can be bought from easons in Ireland and Amazon UK.