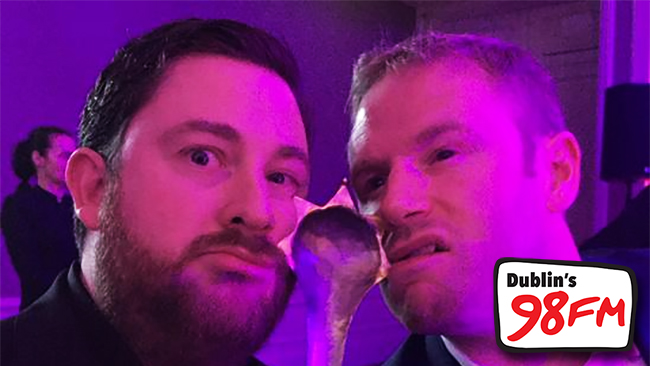 The Ray Foley Show, the breakfast show on Dublin’s 98FM, has won the Grand Prix at the 2015 Media Awards for their special Naked Breakfast event.

The special live event at Vicar Street last November saw the show go completely live with everything from music, presenters links, advertisements and news , to the continuity and imaging presented completely live on the morning.

The station even flew in voiceover artist Dave Foxx for the occasion.

Media Central, Group M and 98FM won Gold in the “Best Regional Media Initiative” category and Silver in the “Creativity in Media” category for the broadcast, before picking up the coveted Grand Prix award at a gala ceremony last night.

Ray, JP and Adelle McDonnell from the show were all present at the ceremony which took place in the “DoubleTree by Hilton” hotel in Dublin.