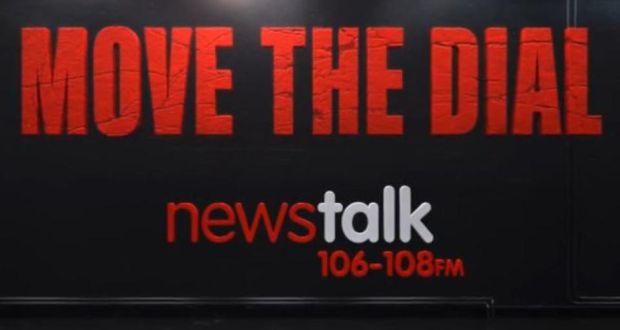 The decision comes following a year-long dispute over the decision by RTE’s to refuse to broadcast an advertisement submitted by Newstalk due to the “call to action” in the slogan.

In April 2014, Newstalk lodged an official complaint with the CCPC (Competition and Consumer Protection Commission) claiming a breach of the Irish and EU competition rules.

Separately, the station also lodged a complaint with the EU commission in Brussels claiming that the TV licence fee money paid to RTE was not in accordance with state aid rules set out in the EU treaty. This investigation is ongoing.

Despite Newstalk’s decision to remove the ‘Move The Dial’ call to action in April 2015 and submit a new version to RTE which was accepted, the national broadcaster has finally made a decision to run the original ad.

Cliona Hayes, Group Marketing Director, Communicorp said: “Newstalk welcomes RTE’s decision to air the original ‘Move the Dial’ advertising across its TV channels. We are delighted that common sense has prevailed to allow free and fair competition. Newstalk can only assume that RTE have had a complete change of heart and will be reviewing their competitor broadcasting guidelines going forward.”