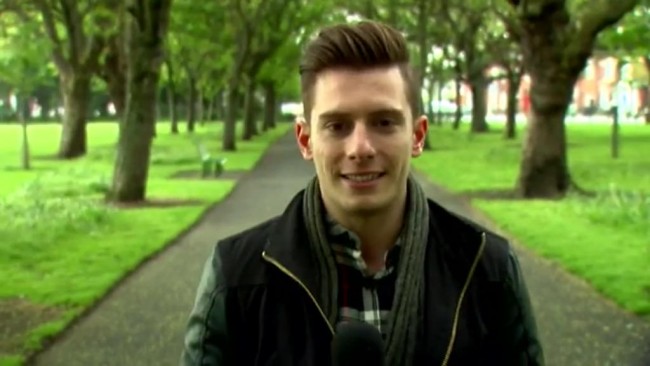 Spin 1038 and Spin South West presenter Riyadh Khalaf, who openly campaigned for the ‘Yes’ side in the recent marriage equality referendum, has been targeted by thugs who threw acid over both his and his parents’ cars.

Riyadh, who starred in RTE documentary series Growing Up Gay back in 2010, also reports for 98FM as well as Australian station KIIS (in Sydney and Melbourne) and was a presenter with Ireland’s first LGBT radio station – Open FM – which ran under a temporary license in 2010.

He called the Gardaí after the corrosive substance was used to cause hundreds – if not thousands – of euros worth of damage to the cars at his family home in Bray at the weekend, and says that it was them – not him – who originally suggested that the motive behind the attack was most likely linked to his work for the ‘Yes’ side in the referendum.

Riyadh took to twitter to show his over 7,000 followers some pictures of the damage caused by the vandals:

The bonnets of both cars were left partially melted by the act, and Riyadh  said in a facebook post that security cameras were being installed on Saturday “just in case”.

The well-known presenter said: “It was a malicious act on my family alone. The only reason for this can be down to our recent work for equality and how public it was,” adding “My car was given to me by my grandmother after she passed away, so it hurts to see the damage… but at the end of the day folks – we won, we have equality and Ireland is a more loving and inclusive place.”

Khalaf, who also appeared in an information leaflet for Yes Equality with his parents Sam and Lorraine, also said that “a small group of sick and morally warped individuals will not change us or what we have all achieved. If this is the cost for a new Ireland then it is a tiny price to pay”.

In the run-up to the marriage equality referendum and on polling day itself, Riyadh was interviewed by various TV and stations from around the world – including BBC, CNN and MSNBC News. He also presented the video below, which went viral and currently has almost 83,000 views.

Speaking to the Herald newspaper yesterday, he said: “Obviously, somebody has figured out where we live, which is scary and dangerous. The timing of this is funny though. Why did it not happen in the lead-up to the vote or directly after?”.