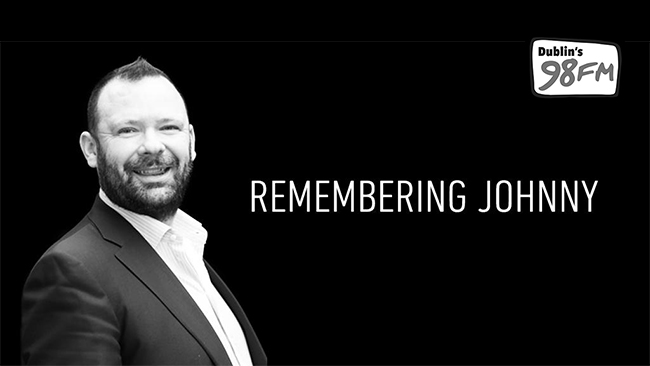 A special one-off tribute show will be aired on 98FM this Sunday morning in memory of the late radio presenter Johnny Lyons.

Much loved and respected, Johnny Lyons, who passed away on Wednesday, was the Sports Editor of 98FM – where he had worked for almost 20 years – and also recently joined sister station Today FM’s sports team. He also hosted the recently launched “Dublin Talks GAA” programme on 98FM.

The 3-hour special will run from 9am and will feature interviews with guests who have been on Johnny’s much-loved sports show ‘Now That’s What I Call Sport’ over the years, including Olympic boxing champion Katie Taylor, former Irish football manager Brian Kerr, former rugby players Shane Byrne and Malcolm O’Kelly, and GAA stars & show regulars Humphrey Kelleher and Charlie Redmond.

Presenter Jamie Moore told the Irish Independent: “Friends, colleagues and former guests on the show that Johnny called ‘his baby’ will look back with some laughs, some tears and some stories they probably shouldn’t really be telling on the radio to remember one of the most unique people we’ve ever met”.

Paying tribute to Johnny, Jamie and Stephen will be playing some of his favourite tracks from bands such as AC/DC, and the station are asking those who have their own memories of Johnny to share them with them, and the world, via a post on facebook.

The funeral of Johnny Lyons is to take place on Monday morning at 10am in the Church of St. Thérèse, Mount Merrion with burial afterward in Shanganagh Cemetary in Shankhill.

As a mark of respect following the funeral, all the stations in the Communicorp family – of which 98FM and Today FM are members – and indeed, it’s expected, some from outside it, will be playing Prince’s poignant hit song ‘Purple Rain’ immediately after their 12 noon news bulletins on Monday. Aside from his love of heavy rock, Johnny was a big Prince fan, and he had been to his last Irish gig in Malahide.