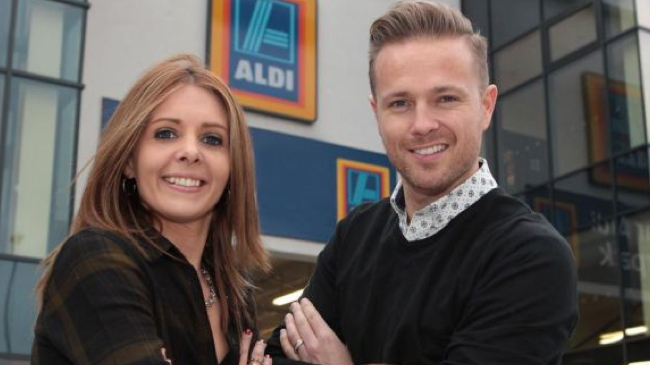 Nicky Byrne will represent Ireland in Eurovision 2016 in Sweden with the song Sunlight.

The 2fm presenter has performed in arenas around the world and has sold 45 million records as part of Westlife. He will perform the song Sunlight co-written by himself, songwriter Wayne Hector and composer Ronan Hardiman.

Nicky will perform the song live on The Ray D’Arcy Show on Saturday 13 February, and you can see it below.

John McHugh, Head of Entertainment RTÉ Television, said, “We have a long and proud history with Eurovision, but we’ve had mixed results over the last few years. Myself and Head of Delegation Michael Kealy took a serious look at our approach, reviewing the entire process and the Eurovision Song Contest itself. The competition is constantly evolving and RTÉ has to be flexible in how we approach it in order to put our best foot forward. Direct selection has proven to be a successful method for other countries and we felt that this year it would give us the best chance at success”.

Speaking about Sunlight to be performed by Nicky Byrne, John said, “First and foremost, it’s a great song, written by an internationally renowned team, and with Nicky’s massive breadth of performance experience, along with his huge fan-base and profile throughout Europe, it’s a really impactful package”.

Nicky Byrne said, “Like many of us, I have grown up watching The Eurovision Song Contest. It always brought great excitement to our house down through the years and I was lucky enough to see Ireland win it on many occasions. I have a great memory as a nine year old, of dancing around our sitting room in a tri-colour sweatshirt when Johnny Logan lifted the trophy in 1987.The Eurovision is a TV show and song contest like no other and for the past three years my Eurovision experience has gotten better and my affiliation grown stronger, as I have proudly delivered the Irish votes live from Dublin. This year I go one step further, and actually walk on that stage to represent my country, I am honoured RTÉ have chosen me and believe in this song like I do”.

Nicky continued, “The song is called Sunlight and I co-wrote it with two of the music industry’s legends; producer and writer Ronan Hardiman and songwriter Wayne Hector. I have always felt this song had something different, something special. I also look forward to re-visiting Sweden, a country where we had so much success with Westlife over the years and I can’t wait to be a part of what I’m sure will be an amazing show in Stockholm. Ireland, I will give it my best shot. Sweden… here we come!”.

Nicky will perform in the Eurovision Semi-Final in the Globe Arena in Stockholm on either Tuesday 10th or Thursday 12th May, to qualify for a place in the Final on Saturday 14th May.

The draw to decide which Semi-Final Ireland is to perform in will take place at the end of January.