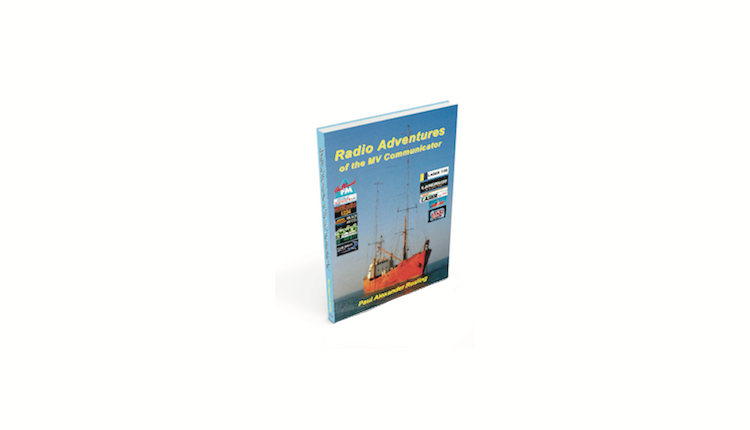 A new book has been published telling the story of the MV Communicator – the ship home to Laser 558 and 10 other radio stations.

Publisher Paul Rusling, who worked for several of the stations, told RadioToday about Radio Adventures of the Communicator: “It’s a story with gangsters, crooks and fraudsters, a Government blockade on supplies, the dramas, an armed raid, ‘middle of the night” boardings, take-overs and more. The heroes are the gallant crew of DJs and the brave bunch of engineers who kept the music and entertainment flowing against all odds while a few landlubbers coined in literally millions or pounds and guilders.

In the nineties, the ship broadcast under half a dozen different names to the Netherlands, fully licensed, and made more money than ever, but finally finished its days as a community radio station in Scotland where she became derelict and abandoned.

For more information and to buy your copy, see WorldofRadio.co.uk